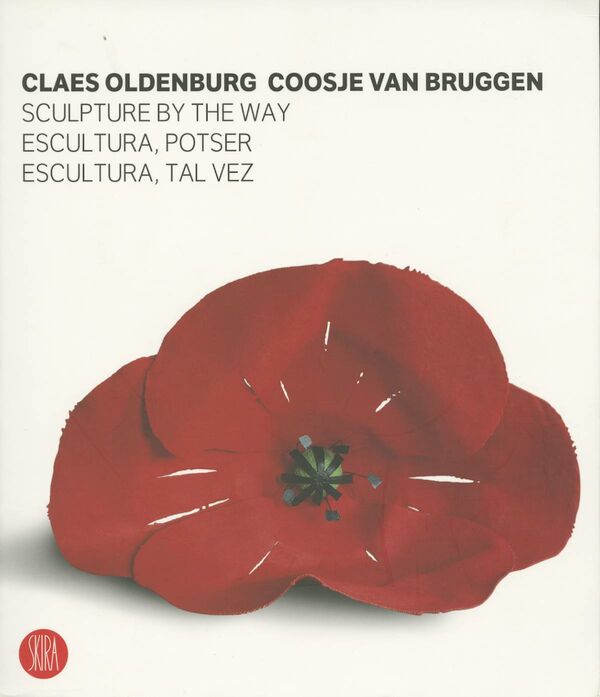 368 Seiten, 24,3 x 28 cm , 1956 g.
Claes Oldenburg | Skira
Claes Oldenburg | Coosje van Bruggen – Sculpture by the Way
Statt 55,00 € 15,00 €
Inkl. MWSt., zzgl. Versandkosten
Lieferzeit: 2 bis 6 Werktage (weltweit)
In den Warenkorb    Auf die Wunschliste
The continuous collaboration between Claes Oldenburg and Coosje van Bruggen is based on an encounter between two strong and distinct identities. Through their dialogue, articulated in an exchange of words and images, the artists have redefined the concept of sculpture, dynamically addressing the complexity of the contemporary world.

The exhibition focuses on the past twenty years, with Il Corso del Coltello (The Course of the Knife) as the starting point. A performance produced in Venice in 1985, Il Corso del Coltello and its related works reveal Oldenburg and van Bruggen’s capacity to open their art up to a dialogue with architecture, literature and theatre. It also demonstrates the artists’ specific approach to the urban context, declaring their courageous determination to go beyond the security offered by the museum walls. Although Oldenburg and van Bruggen often work on the production of large-scale projects, creating public works for cities in Europe, America and Asia, their art unfolds in the privacy of their studio, nurtured by their constant dialogue. Every project is developed through sketches, drawings, studies and models. A document of ideas in continual transition, each of these is also an independent work. Like the largest public project, the smallest drawing also represents an in-depth analysis of the forms and contents that characterize the artists’ explorations.

Sculpture by the Way also presents a selection of important museum installations, including the artists’ most recent sculptures. Reflections on human fragility or on the microcosm of events that define daily life, these works reveal the artists’ ability to communicate universal values that transcend linguistic or cultural barriers.