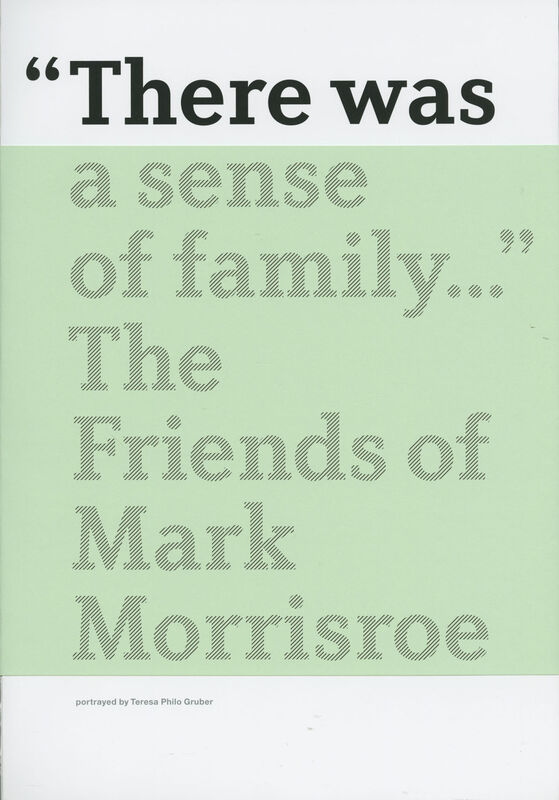 Struck by these qualities, the Morrisroe scholar and curator Teresa Philo Gruber decided to track down and interview the photographer’s friends, acquaintances and lovers, and to make this book – a portrait of Morrisroe through his milieu, or “family.”

“There Was a Sense of Family”: The Friends of Mark Morrisroe characterizes Morrisroe as the photographer–director of his time and place. It includes interviews with Pia Howard, Jane Hudson, Kathe Izzo, Laurie Olinder, Jack Pierson, John Stefanelli, Mike and Doug Starn, Stephen Tashijan, Gail Thacker and others. Morrisroe’s portraits of these subjects are included alongside contemporary portraits by Gruber.