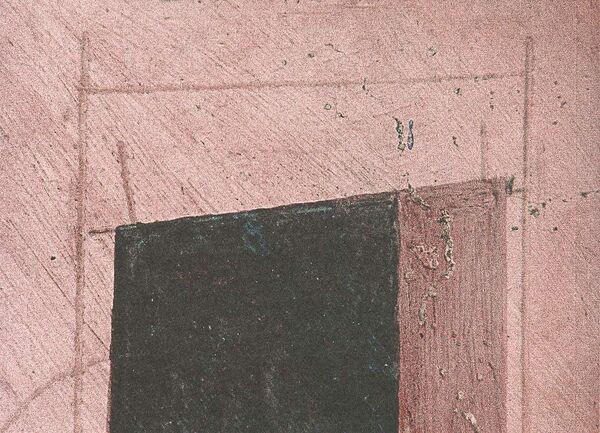 112 Seiten, 38,5 x 28 cm , 998 g.
Tacita Dean | MACK Books
Tacita Dean – Buon Fresco
85,00 €
Inkl. MWSt., zzgl. Versandkosten
Lieferzeit: 2 bis 6 Werktage (weltweit)
In den Warenkorb    Auf die Wunschliste
St Francis of Assisi was the saint who humanised sainthood. He was a man with an ordinary body and ordinary desires. As Tacita Dean writes, 'He rolled naked in the snow to quell his urges and trod the land on paths and roads that are still wending their way through the hills and forests of Umbria today…. His concerns are contemporary: his love of the earth is ecology, his care for its creatures, animal welfare, and his understanding of his fellow humanity is modern-day social science. He is the saint whom mankind can realistically aspire to emulate, because his humanness, his humanity lies just within our mortal reach.'

In her work, Buon Fresco, 2014, Dean filmed details of Giotto's frescos in the Upper Basilica in Assisi using a macro lens, in order, she said, to have the perspective of the artist himself. Giotto humanised the depiction of people in painting in a parallel way to St Francis's humanising of sainthood, and this moment, when the radical artist depicted the radical saint is an extremely important juncture in the history of art. Frescoes are meant to be seen from a distance, so this book provides a revelatory view of the minutiae and sophistication of Giotto's brushstrokes, which at times anticipates the future canon of mark marking in Western painting.