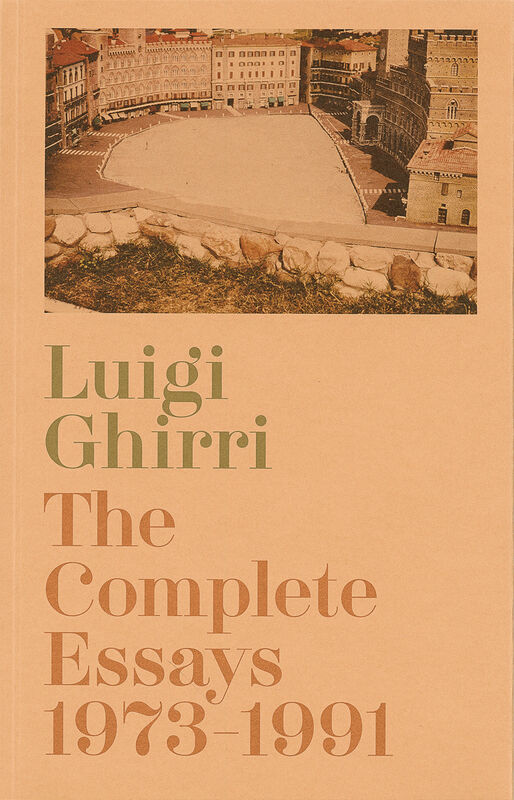 240 Seiten, 14 x 22,8 cm , 412 g.
Luigi Ghirri | MACK Books
Luigi Ghirri – The Complete Essays
1973-1991. 68 Essays
22,00 €
Inkl. MWSt., zzgl. Versandkosten
Lieferzeit: 2 bis 6 Werktage (weltweit)
In den Warenkorb    Auf die Wunschliste
Luigi Ghirri (1943–1992) started writing about photography from the moment he became a photographer: for his own publications, for Italian magazines and newspapers, as well as private reflections committed to paper, where his thoughts would settle and then often depart in new directions.

Published for the first time in English, 'The Complete Essays 1973–1991' comprises sixty-eight texts in which Ghirri explores the same subjects at the core of his photographs – the themes of identity, time, memory, vision, representation, and sense of place. As a voracious reader with a particular taste for the eclectic, Ghirri also reaches outwards from his own practice to explore the history of photography as he considers the work of Walker Evans, William Eggleston, Robert Adams and John Gossage, weaving in references to musicians, writers and painters alike. As themes and ideas overlap, the compilation of texts create a sort of dialectic chamber of curiosities that includes Gulliver, Van Gogh’s yellow house, Cézanne, Morandi’s studio, Mallarmé, the fireworks above Trani Cathedral, neo-realist films, lots of music, Francis Bacon, McLuhan’s global village, Pessoa, poetry. Together, the essays offer an unintentional yet comprehensive treatise on the history and theory of photography, and above all, they constitute a special form of autobiography.

Born in Scandiano in 1943, Luigi Ghirri spent his working life in the Emilia Romagna region, where he produced one of the most open and layered bodies of work in the history of photography. He was published and exhibited extensively both in Italy and internationally and was at the height of his career at the time of his death in 1992. His first book, Kodachrome (1978), an avant-garde manifesto for the medium of photography and a landmark in his own remarkable oeuvre, was re-published by MACK in 2012.