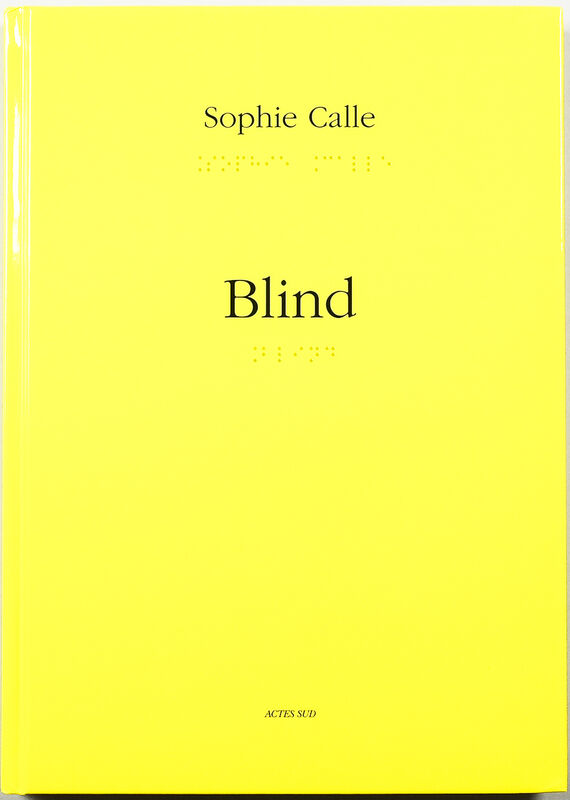 260 Seiten, 21 x 30 cm , 1066 g.
Sophie Calle | Actes Sud
Sophie Calle – Blind
40,00 €
Inkl. MWSt., zzgl. Versandkosten
Lieferzeit: 2 bis 6 Werktage (weltweit)
In den Warenkorb    Auf die Wunschliste
Sophie Calle returns again here to the theme of autobiography and to the notion of the Other, revealing in all their difference and singularity those that have been blind since birth or who have gone blind following an accident. This publication offers readers a reflection on absence, on the loss of one sense and the compensation of another, on the notion of the visible and the invisible.

With "Blind," French conceptual artist Sophie Calle (born 1953) revisits three earlier works constructed around the idea of blindness. In "Les Aveugles" ("The Blind"), created in 1986, she questioned blind people on their representation of beauty; in 1991, in "La Couleur Aveugle" ("Blind Color"), she asked blind people about their imagination of perception and compared their descriptions to artists' musings on the monochrome; "La Derniere Image" ("The Last Image"), produced in 2010 in Istanbul, involved questioning people who had lost their sight on the last image they could remember. By establishing a dialectic between the testimonies of several generations of blind people and Calle's photographs based on these accounts, the artist offers readers a reflection on absence, on the loss of one sense and the compensation of another and on the notion of the visible and the invisible.