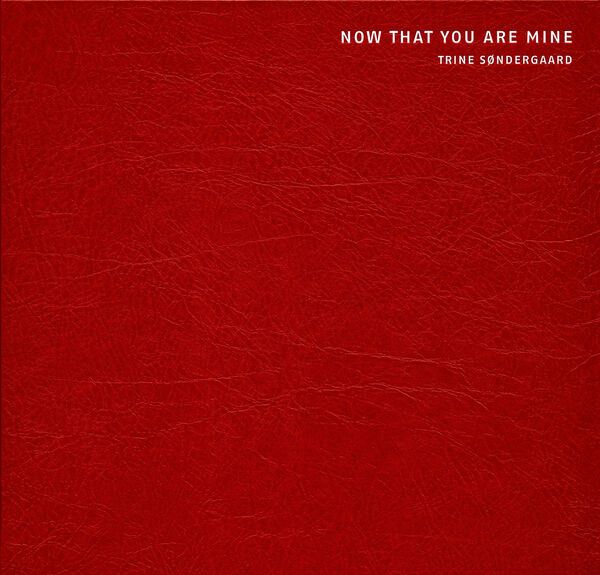 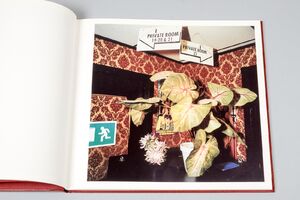 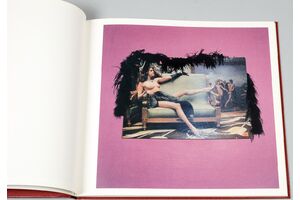 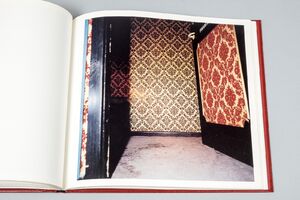 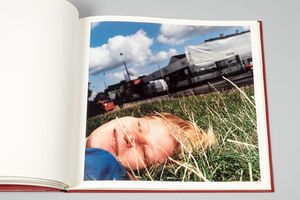 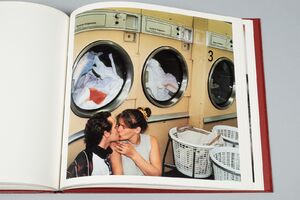 Trine Søndergaard | Steidl
Trine Søndergaard – Now That You Are Mine
1998-2000
250,00 €
Inkl. MWSt., zzgl. Versandkosten
Lieferzeit: 2 bis 6 Werktage (weltweit)
In den Warenkorb    Auf die Wunschliste
Now That You Are Mine is a series of photographs taken between 1997- 2000 by the Danish artist Trine Søndergaard, photographs of prostitutes on the streets where she used to live in the red-light district of Copenhagen.
Ethical considerations have always been an integral part of Søndergaard’s documentary works: works in which the investigation of the exchange of human contact – also between the photographer and photographed – merges with the artistic drive to transgress the boundaries of the private sphere. By choosing to work with a conspicuous flash and in colour in the late ’90s, Søndergaard shattered the traditional narrative codes of documentary photography in a conscious challenge to aestheticised and distanced black and white ‘reality’.

Søndergaard goes beyond the walls of the private sphere, following the women and the ‘fly on the wall’. Released from these conventions, Søndergaard’s work embodies and explores the dualities of her own role as an artist, but also as a woman. The artist was personally and daily subjected to harassment by male customers on the street where she lived. Her own subjection to this male gaze marked the beginning of the project. She realised that she was not “seen”. That she existed only as a projected fantasy of a woman for the male customer. It is this fantasy her work ruthlessly exposes, a sexual fantasy in harsh contrast to the reality of infected needle sores and bruised skin.

During the development of the project an artistic exploration and experimentation emerged. Some of the images are in gaudy, bright colours, others in muted, pale tones. Late in the project she often eliminated the women who were her original subject from the final work, choosing a compelling minimalism focussing on details not immediately associated with the harsh realities and tired stereotypes of prostitution. This is the artist’s representation of a reality temporarily shared – but as she consciously and visually acknowledges – never lived. A central acknowledgement in Søndergaard’s uniquely respectful and moving portrayal of life on the streets and behind closed doors.