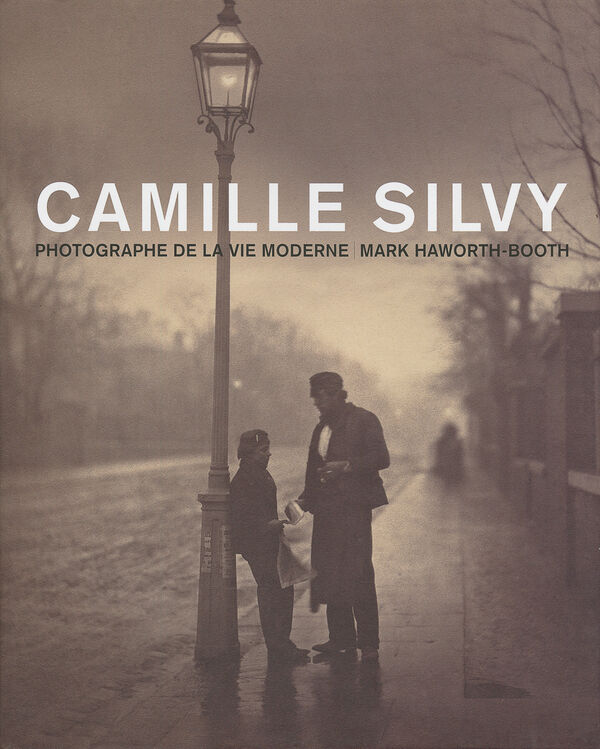 160 Seiten, 22,4 x 27,8 cm , 1050 g.
Camille Silvy | Éditions du Jeu de Paume
Camille Silvy
Photographe de la vie moderne
Statt 28,00 € 20,00 €
Inkl. MWSt., zzgl. Versandkosten
Lieferzeit: 2 bis 6 Werktage (weltweit)
In den Warenkorb    Auf die Wunschliste
This new research presents Camille Silvy as a photographer of extraordinary originality, with the first use of blur as a creative effect in the history of photography. With over 100 images from the hitherto unpublished collection of Silvy's family and from the Daybooks of his London studio, now in the Collection of the National Portrait Gallery, where Silvy kept a record of each sitter photographed.

Mark Haworth Booth's recent research reveals Camille Silvy (1834-1910) as one of the most original photographers of his time. More than any other nineteenth-century photographer, Silvy exemplifies Charles Baudelaire's idea of the artist as an interpreter of modern life.

Photographing modern people in modern dress was a new phenomenon and, with analysis of the origins of the carte-de-visite format, this book explores Silvy's pioneering efforts to master industrial scale portrait production alongside fine art photography in his fashionable London studio. Before moving to London, Silvy was well-represented in the first Paris Salon of Photography in Spring 1859. His River Scene, France (1858) can be understood as a tableau of modern leisure - including working class leisure - on the outskirts of town.

New light will be shed on this master photograph as well as on Silvy's Studies on Light, (1859). These studies of fog, twilight and sunshine include original views of London streets as well as stylistic innovations. By combining research into both Silvy's exhibition prints, still-lifes and street scenes, as well as the intimate beautifully lit and posed cartes-de-visite, this book demonstrates Silvy was one of the most original and fashionable photographers of his time, and transformed portrait photography from an art into an industry.

This catalogue accompanied the first ever retrospective exhibition of Silvy's work organised in conjunction with the Jeu de Paume, Paris and the National Portrait Gallery, London (2010).