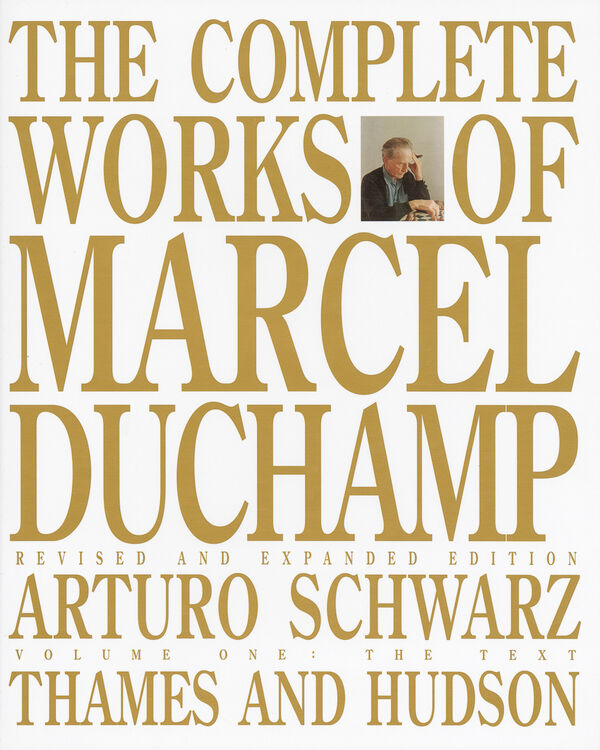 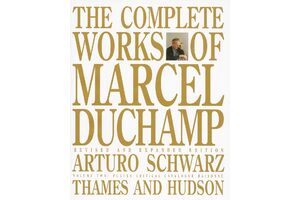 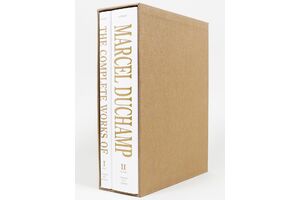 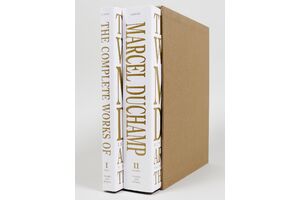 Marcel Duchamp | Thames & Hudson
The Complete Works of Marcel Duchamp
Revised and Expanded Edition
350,00 €
Inkl. MWSt., zzgl. Versandkosten
Lieferzeit: 2 bis 6 Werktage (weltweit)
In den Warenkorb    Auf die Wunschliste
Marcel Duchamp, the principal leader and guiding spirit of the Dada movement, is one of the most fascination, influential, and controversial figures in the history of modern art.

From his first moment of fame in 1913, when Nude Descending a Staircase became the sensation of the Armory Show in New York, he has remained a vital and and liberating force. Duchamp's work, which began by deriding the pretensions of academic art, developed into an attempt to bridge art and life. The new edition is the culmination of more than fifty-five years of research by the essayist, poet and art historian Arturo Schwarz, who, in 1996, was awarded honorary PhD by Tel Aviv University in recognition of his outstanding contributions in the field of art studies. For the first edition, published in 1969, the author collaborated closely with Duchamp, while for this edition, Duchamp's widow has personally checked and approved every single addition to Duchamp's Catalogue raisonné.

Here is a master study that sparkles with intellectual excitement - the author has taken to heart Duchamp's sage advice : "Have fun, if not you'll bore us."

The monumental in-depth survey of Duchamp's life, work, and ideas, has now been revised and greatly expanded to produce a new edition in two volumes.

VOLUME ONE is divided into three main books. Book one discusses the series of unconventional works which led Duchamp to explore many different expressive possibilities. Among these are the Readymades, the optical works and his chess activities. In this portion there is also much fascinating biographical material. Book two is devoted to a detailed discussion of Duchamp's masterpiece, The Bride Stripped Bare by Her Bachelors, Even, which the author establishes as the focal point of his oeuvre.
Book three is called "Continuing and Completing the Large Glass" and includes four new chapters on his later works.

VOLUME TWO is devoted to source material.
A comprehensive illustrated text provides a definitive catalogue raisonné of all known works, updated to include 253 that the author has discovered in the course of these last twenty-five years. A comprehensive descriptive bibliography of Marcel Duchamp's writings, lectures, translations, and interviews, as well as an exhibition history, completes an outstandingly scholarly achievement and an indispensable reference work for scholars and art historians.

ARTURO SCHWARZ is a poet, scholar , and internationally recognized expert on Marcel Duchamp and the avantgarde movement of the twentieth century. Exiled from his native Egypt, Schwarz settled in Milan in 1949, where he founded a publishing house and bookshop that issued the work of such renowned authors as his longtime friend, André Breton. In 1961, he launched the Galleria Schwarz through which he organized exhibitions on Arp, Duchamp, Ernst Magritte, Man Ray, Picabia, Schwitters, and many others.
The gallery also published a limited edition of Duchamp's Large Glass with original etchings, the first nine illustrating the saga of the Large Glass, the last nine dedicated to the happy end involving its two lovers. Concurrent with these activities Schwarz authored more than fifty books 26 essays and 25 collections of poems), including the first edition of The Complete Works of Marcel Duchamp (published by Thames & Hudson in 1969).