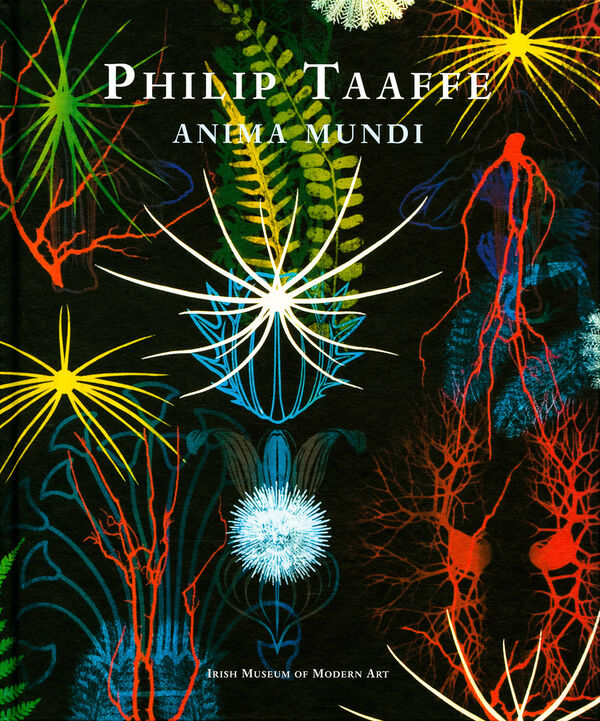 Heavily layered and often grand in scale, Taaffe's paintings renew abstraction through a meticulous juxtaposition of appropriated symbols and emblems from a multitude of customs and epochs, many of which the artist encounters during his travels through South America, India and the Middle East. Taaffe's art is thus both beautiful and erudite, informed by an encyclopedic knowledge of literature and anthropology.

Philip Taaffe – Anima Mundi features mixed-media and mostly abstract paintings executed over the past ten years. It includes original texts by Colm Tóibín and Enrique Juncosa as well as an interview between Taaffe and David Brody.