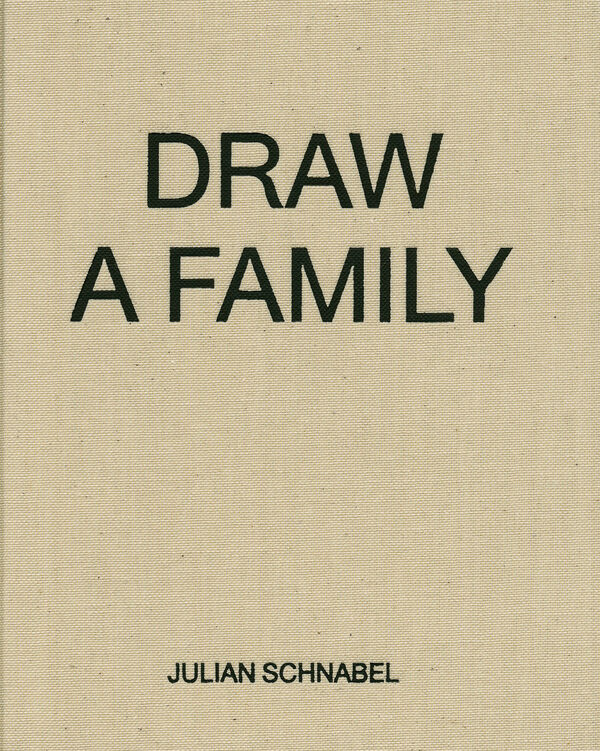 544 Seiten, 19 x 23,6 cm , 1602 g.
Julian Schnabel | Karma
Julian Schnabel – Draw a Family
Statt 50,00 € 25,00 €
Inkl. MWSt., zzgl. Versandkosten
Lieferzeit: 2 bis 6 Werktage (weltweit)
In den Warenkorb    Auf die Wunschliste
Over the span of his 40-year career, Julian Schnabel has moved effortlessly across mediums, working in film, design and the fine art world. "Draw a Family" returns our focus to Schnabel's seminal career as a painter, reminding us that this is the field in which he has continuously thrived since the 1970s. This massive, clothbound volume is comprised of paintings made between 1973 and 2013 and includes artwork from nearly every stage in the artist's oeuvre-from his early oil on canvas works to his most recent flag paintings. The nearly 400 color images in "Draw a Family" look back at the early genius that made Schnabel an international name and show how this New York artist continues to redefine the parameters of painting.

Julian Schnabel was born and raised in Brooklyn, New York. His first solo show was at the Contemporary Arts Museum in Houston in 1976, but it was with his 1979 exhibition at the Mary Boone Gallery in New York that Schnabel first asserted his presence as a figurehead for new possibilities in painting. Retrospectives of his work have been mounted by Tate Gallery, London (1983), the Whitney Museum of American Art (1987) and Museo Nacionale Centro de Arte Reina Sophia, Madrid (2004), among many others. He made his cinematic debut in 1996 with his account of the life of Jean-Michel Basquiat, which starred Jeffrey Wright, David Bowie, Gary Oldman and Dennis Hopper. The Diving Bell and the Butterfly earned him Best Director both at the Cannes Film Festival and the Golden Globes, and an Academy Award nomination in the same category.