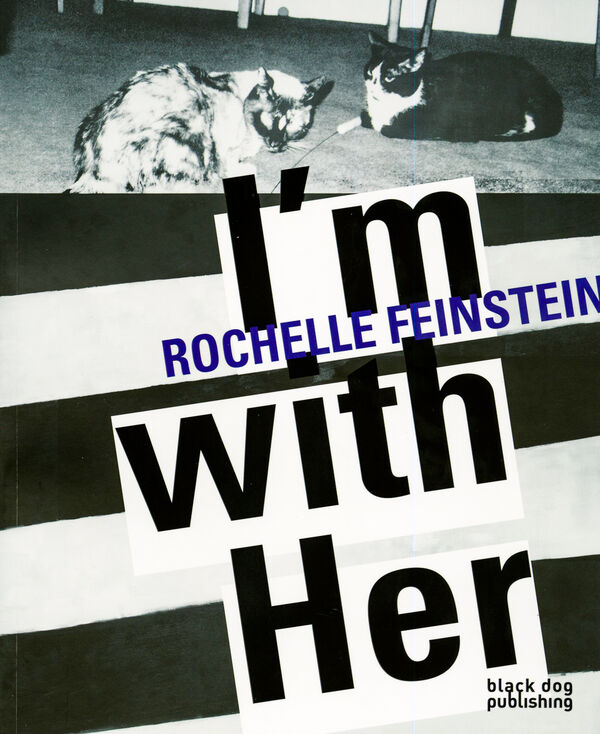 192 Seiten, 23 x 28 cm , 982 g.
Rochelle Feinstein | Black Dog Publishing
Rochelle Feinstein – I'm with Her
Statt 25,00 € 10,00 €
Inkl. MWSt., zzgl. Versandkosten
Lieferzeit: 2 bis 6 Werktage (weltweit)
In den Warenkorb    Auf die Wunschliste
I'm with Her is the first book to offer a cohesive presentation of American artist Rochelle Feinstein's rich career to date. Bringing together several important bodies of work, such as The Estate of Rochelle F, The Abramovic Method and The Wonderfuls, this compendium showcases an evolving, expansive and highly self-reflexive painting practice. Possessing an extensive lexicon, Feinstein employs an array of media such as silkscreen, photography, assemblage and abstract-expressive painting. These combined material processes are applied to an appropriative practice that cross-references the historical with the vernacular, and the mythologies of art history with popular culture. Sourcing and reconstituting found visual material, Feinstein includes text, personal photography and even self-cannibalises past work. I'm with Her showcases a deliberately a-stylistic yet deeply intimate body of work, vacillating between earnestness and irreverence.

Feinstein exhibits widely in solo and group exhibitions in galleries and museums across the United States and Europe, and her work is included in numerous public and private collections. Recent awards include the Guggenheim Fellowship and a Louis Comfort Tiffany Foundation Fellowship. Having received a BFA from Pratt Institute in 1975 and an MFA from the University of Minnesota in 1978, she was appointed to the Yale faculty in 1994 and is currently a professor of painting/printmaking.

A major retrospective of Feinstein's work opened at Centre d'Art Contemporain, Geneva in January 2016, before travelling to the Lenbachhaus, Munich; Kestner Gesellschaft, Hannover; and the Bronx Museum of the Arts, New York. Her work was also included in the 2014 Whitney Biennial.

Published in partnership with On Stellar Rays, New York.