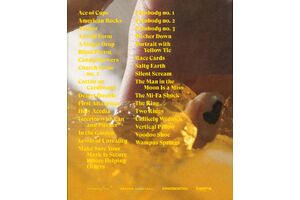 Torbjørn Rødland | Sternberg Press
Torbjørn Rødland – Fifth Honeymoon
32,00 €
Inkl. MWSt., zzgl. Versandkosten
Lieferzeit: 2 bis 6 Werktage (weltweit)
In den Warenkorb    Auf die Wunschliste
This publication accompanies Torbjørn Rødland’s exhibition “Fifth Honeymoon,” produced as a collaboration between Bergen Kunsthall; Bonniers Konsthall, Stockholm; and Helsinki’s Museum of Contemporary Art, Kiasma; and featuring thirty new photographs and a new video work, his first in eleven years. Photographed exclusively on analog material, often in staged studio settings, Rødland’s works hold a unique place in the treatment of images by artists today. His photographs have an almost uncomfortable ambiguity, fully aware as they are of the power of images and the slippery comfort of normative formats, while simultaneously showing a sincere desire for the emotions and the magic that are at play in the world. His photographs manifest what we experience as beautiful, and sometimes repulsive, but not in any conventional way. Rødland makes use of these aesthetic categories and the forms in which they are expressed, and confronts them, complicates them, and exaggerates them with contradictory concepts, such as the uncanny, the nasty, the messy.

Fifth Honeymoon features all of the new works in Torbjørn Rødland’s eponymous exhibition, as well as newly commissioned essays by the American writer and cultural theorist Sianne Ngai and artist colleague Matias Faldbakken.