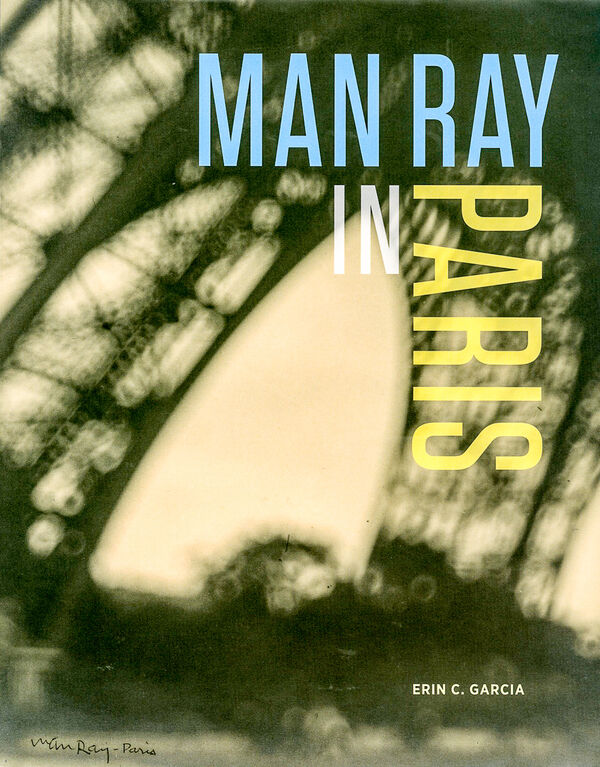 Man Ray in Paris vividly demonstrates, through Erin C. Garcia's fascinating introduction as well as eighty-five black-and-white photographs, why Man Ray is still considered to be one of the most inventive and exciting artists of the twentieth century.

American artist Man Ray (1890-1976) spent the most productive years of his career in Paris. While he considered himself a painter first and foremost, he also worked in a range of media including film, sculpture, and collage. However, it is for his achievements in the field of photography, from groundbreaking innovations to evocative, surrealist compositions and iconic portraits, that he is best known today.

Man Ray arrived in Paris in 1921 full of creative energy. Inspired by Marcel Duchamp's readymades mundane objects that became works of art in the context of the gallery he created an assemblage by combining carpet tacks and an iron into a single work, which he later photographed and called Cadeau (Gift), 1921. Soon afterwards, he began to experiment with cameraless photography and devised his Rayographs, abstract images produced by placing objects directly on photographic paper and exposing the composition to light.

Man Ray swiftly became an influential figure in the city's avant-garde circles. Through his wide-reaching connections he made striking portraits of the many artists and luminaries working in Paris at the time, including Pablo Picasso, James Joyce, Jean Cocteau, Joan Miró, and Gertrude Stein. His work also encouraged painters, including the Surrealists René Magritte and Salvador Dalí, to experiment with the medium. It could be argued that he did more than any other figure in the 20th century to elevate the photographic process from one of mere documentation to that of a fully-fledged art form in itself.