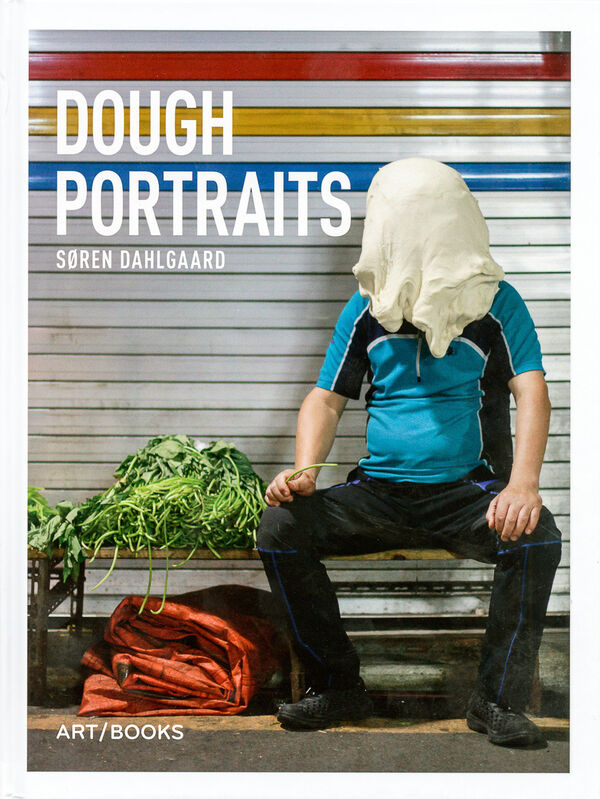 256 Seiten, 22,5 x 30 cm , 1650 g.
Søren Dahlgaard | Art Books Publishing
Søren Dahlgaard – Dough Portraits
Statt 40,00 € 10,00 €
Inkl. MWSt., zzgl. Versandkosten
Lieferzeit: 2 bis 6 Werktage (weltweit)
In den Warenkorb    Auf die Wunschliste
This visually stunning, hilarious and outlandish book presents Danish performance and conceptual artist Søren Dahlgaard’s ongoing series of Dough Portraits, in which he creates absurdist portraits of people with their heads encased in dough. Invited by art galleries, museums, biennales and institutions from all over the world to undertake commissions, he has photographed more than two thousand sitters of all ages and backgrounds in diverse settings in countries as far afield as Canada and the United States, Denmark, Brazil, the Maldives, Finland, Kosovo, China, South Korea and Australia. Collaboration, process and performance are as much elements of the work as the finished image itself, with each participant ‘co-creating’ their own portrait, first by kneading the dough, then by placing it on their head, and then by carefully selecting a pose – all before of an audience of amused or bemused onlookers. As a result, while their faces might be covered, their individual personalities shine through, these sticky lumpen masks revealing as much as they conceal. Humorous and ridiculous as the pictures are, they also carry a darker sense of the uncanny and the sinister. They also allude to the ways we define ourselves and express our own unique identities, as well how we measure the stranger in an age when the covered face is so contested politically and ethically.