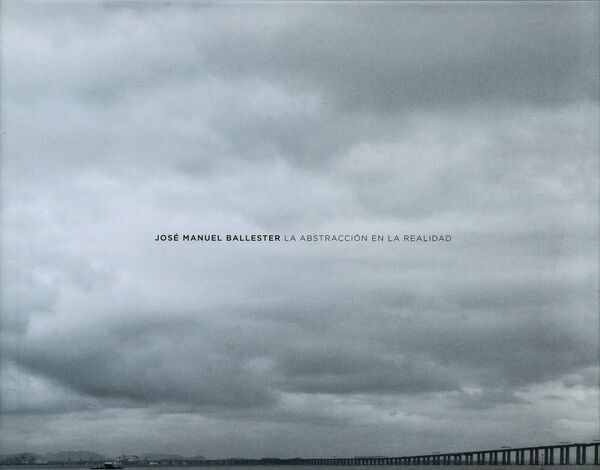 112 Seiten, 31 x 24 cm , 936 g.
José Manuel Ballester | La Fabrica
José Manuel Ballester – La Abstracción en la Realidad
Statt 36,00 € 12,95 €
Inkl. MWSt., zzgl. Versandkosten
Lieferzeit: 2 bis 6 Werktage (weltweit)
In den Warenkorb    Auf die Wunschliste
La Fábrica Press and the Community of Madrid have coedited the catalogue The Abstraction in Reality, by José Manuel Ballester. The book contains fifty photographs taken from his most recent work, specifically from the last five years of photographic output. This is the first time these images have been published and shown, and they display the power of Ballester’s gaze to capture the transformation of the static into the eternal, stripping away the temporal dimension from his subjects and working with the utmost skill in the spatial realm.

The photography of José Manuel Ballester reveals the ephemeral and instanteous in a way that seems atemporal, even before the object of his photograph is set within the scene. The work of this artist, who began his professional career as a painter and who, from early on, combined photography with other disciplines, offers a highly personal interpretation of the places that appear in his photographs.

The catalogue brings together the most representative work of the artist, with shots of museums and other buildings flush with pictorial hues, chosen by the author with consummate precision. With space, light, and time as his chief concerns, the images create a diaogue between the work of the artist and the space, in which he showcases an intensely personal interpretation of the places that appear photographed, in order to show the artist’s most intimate vision of architecture.