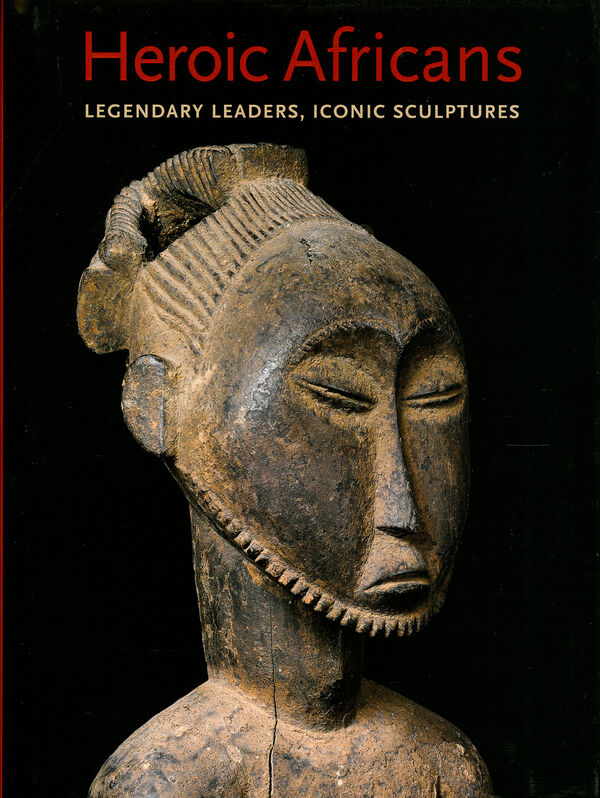 Adopting complex aesthetic fromulations, they idealized their subjects but also added specific details—such as emblems of rank, scarification patterns, and elaborate coiffures—in order to evoke the individuals represented. Imbued with the essence of their formidable subjects, these works played an essential role in reifying ties with important ancestors at critical moments of transition. Often their transfer from one generation to the next was a prerequisite for conferring legitimacy upon the leaders who followed.

The arrival of Europeans as traders, then as colonizers, led to the dislocation of many of these sculptures from their original sites, as well as from the contexts in which they were conceived; thus, today, they are seen primarily as timeless representations of generic archetypes. Heroic Africans reexamines the sculptures in terms of the individuals who inspired them and the cultural values that informed them, providing insight into the hidden meaning and inspiration behind these great artistic achievements.

Author Alisa LaGamma considers the landmark sculptural traditions of the kingdoms of Ife and Benin, both in Nigeria; Ghana and Côte d'Ivoire's Akan chiefdoms; the Bangwa and Kom chiefdoms of the Cameroon Grassfields; the Chokwe cheifdoms of Angola and the Democratic Republic of the Congo (D.R.C.); and the D.R.C's Luluwa, Kuba, and Hemba chiefdoms. More than 140 masterpieces created between the 12th and the early 20th century—complemented by maps, drawings, and excavation and ceremonial photographs—reveal the religious and aesthetic conventions that defined distinct regional genres.