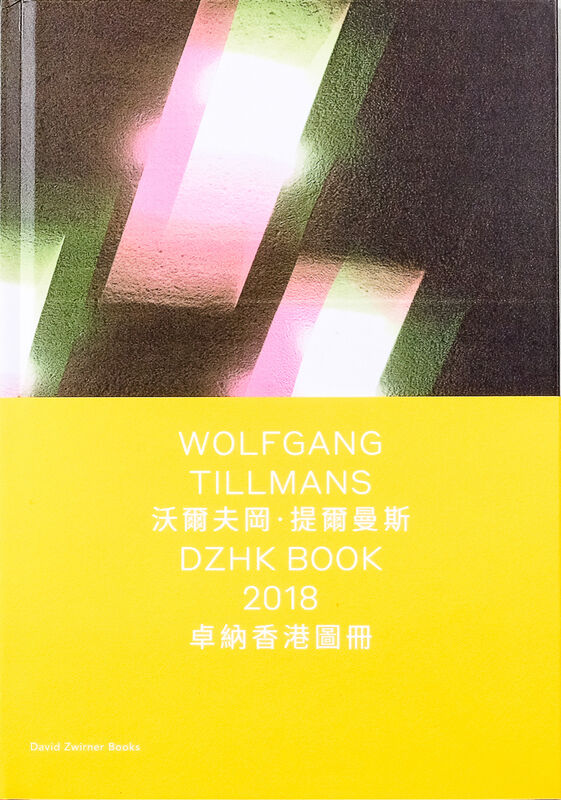 Few artists have shaped the scope of contemporary art and influenced a younger generation more than Wolfgang Tillmans. Since the early 1990s, his works have epitomized a new kind of subjectivity in photography, pairing intimacy and playfulness with social critique and the persistent questioning of existing values and hierarchies. Through his seamless integration of genres, subjects, techniques, and exhibition strategies, he has expanded conventional ways of approaching the medium, and his practice continues to address the fundamental question of what it means to create pictures in an increasingly image-saturated world.

Published on the occasion of Tillmans’s exhibition at David Zwirner in Hong Kong in 2018, this fully bilingual catalogue juxtaposes pictures of intimacy and friendship with views and angles of the world at large. An aerial view of the Sahara desert displays almost infinite detail while being monochromatic and near-abstract in appearance. In line with Tillmans’s interest in exhibitions as amplifiers of a particular, underlying perspective, each of the works engages in an intricate system of relationships between its aesthetic elements, subject, and institutional setting. Seen together, they implicate the viewer as an active part of the dialogue. The 2016 interview with author Allie Biswas of The Brooklyn Rail has been edited and expanded by the artist for this catalogue.