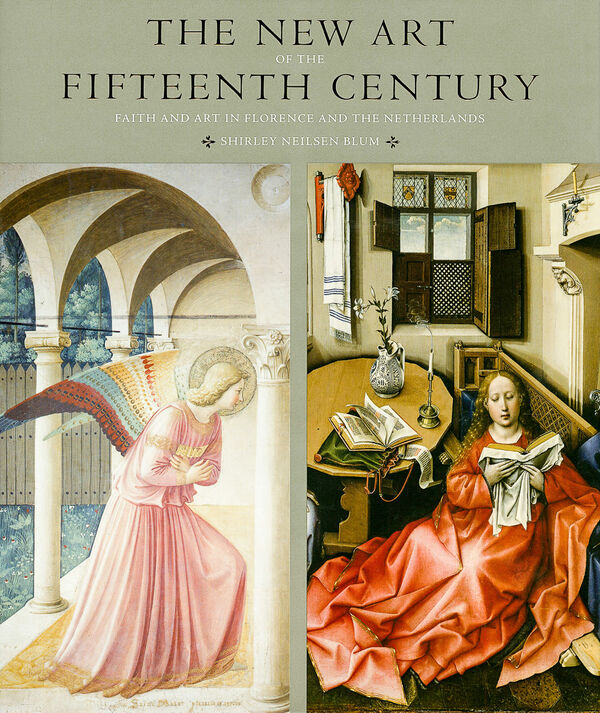 314 Seiten, 26,5 x 31,2 cm , 2090 g.
Abbeville Press
The New Art of the Fifteenth Century
Faith and Art in Florence and the Netherlands
Statt 75,00 € 30,00 €
Inkl. MWSt., zzgl. Versandkosten
Lieferzeit: 2 bis 6 Werktage (weltweit)
In den Warenkorb    Auf die Wunschliste
In fifteenth-century Florence and Flanders, painters were using an arsenal of new techniques—including perspective, anatomy, and the accurate treatment of light and shade—to present traditional religious subjects with an unprecedented immediacy and emotional power. Their art was the product of a shared Christian culture, and their patrons included not only nobles and churchmen but also the middle classes of these thriving commercial centers.

Shirley Neilsen Blum offers a new synthesis of this remarkable period in Western art—between the refinements of the Gothic and the classicism of the High Renaissance—when the mystical was made to seem real. In the first part of her text, Blum traces the emergence of a new naturalism in the sculpture of Claus Sluter and Donatello, and then in the painting of Van Eyck and Masaccio. In the second part, she compares scenes from the Infancy and Passion of Christ as rendered by artists from North and South. Exploring both the images themselves and the theological concepts that lie behind them, she re-creates, as far as possible, the experience of the contemporary fifteenth-century viewer.

Abundantly illustrated with color plates of masterworks by Fra Angelico, Botticelli, Rogier van der Weyden, and others, this thought-provoking volume will appeal equally to general readers and students of art history.