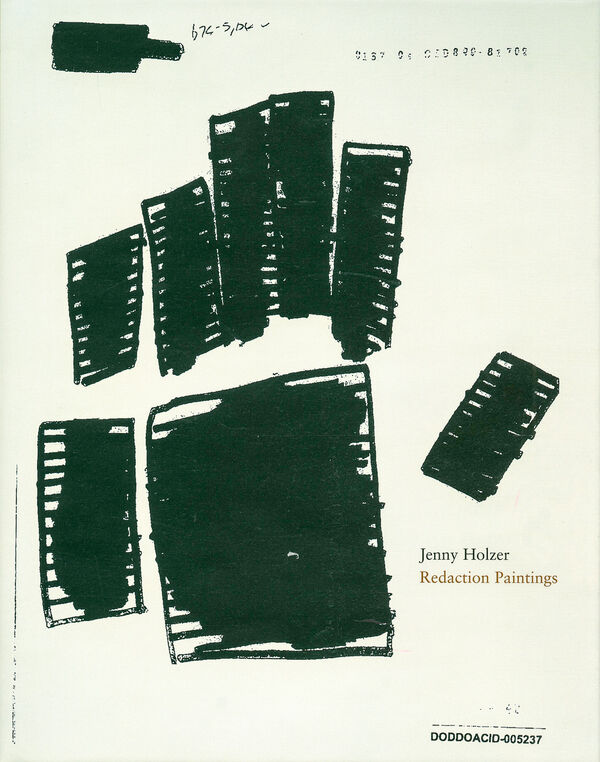 The documents, many of which were classified at the time they were written, originated in United States government and military agencies and have been made part of the public record through the landmark Freedom of Information Act. As with many of her previous works, Holzer's relay of information and presentation of a range of voices presume no particular ideology.

Her paintings lend tactility to documents often unseen and offer visibility to hidden pasts and a masked present. Suspending the disastrous, the grotesque, and the informative in a seductive painterly surface, Holzer counters the compulsion to turn and ignore with the desire to see and know more. Comparing Holzer's new paintings with Andy Warhol's "Death and Disaster" series, Robert Storr writes in his catalogue essay, "...the very dissonance between the obscene realism and formal elegance, tabloid violence and domestic intimacy does nothing to soften the horrid fascination of the depicted subjects or alleviate the existential queasiness they provoke."