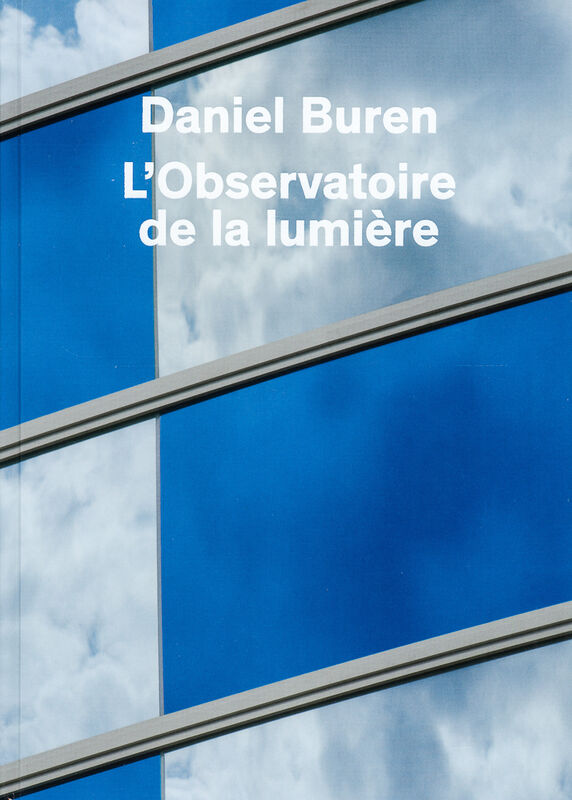 The publication starts with the work created in close dialogue with Frank Gehry’s architecture which spreads out across the glass ‘sails’, the emblematic feature of the building. The twelve ‘sails’, formed of 3,600 pieces of glass, are covered by a staggering array of coloured filters that are in turn punctuated, at equal distances from one another, by alternating white and blank stripes perpendicular to the ground. The thirteen selected colours make coloured forms appear and disappear, ever-changing with the time of day and the season. Through a play of colours, projections, reflections, transparencies and contrasts, both inside and outside, Daniel Buren shows this building in a new light.

In a second part, the publication spans close to 50 years of work on light, colour, and transparency, preceding this intervention, developed through the pages in a chronological order from the 1970 until today.
An extensive interview between the artist and Suzanne Pagé, artistic director of the Fondation Louis Vuitton, brings new light on the multiple aspects of his encounter with Frank Gehry’s architecture in relation with his works and inspirations.