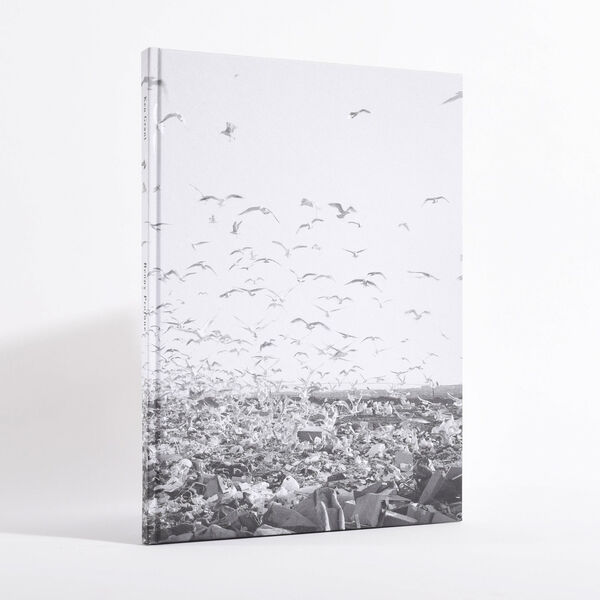 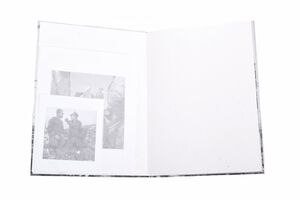 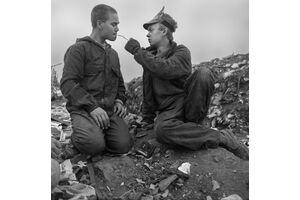 Ken Grant’s photography is characterised by slow and deliberate series made - often over years -in the Northwest of England.

Benny Profane is drawn from a long term engagement with a dockland district that Grant first knew as a labourer in his youth. Bound by a few square miles at the edge of the River Mersey, it dwells on the river's hinterland and, in particular, the vast expanse of the Bidston Moss, to become an immersion into one area and those who depended upon it. It is an involved and tender body of work, an account of kinship and defiance in a difficult land. The book has been designed and sequenced by Ania Nalecka-Milach.

Ken Grant was born in Liverpool in 1967. Since the 1980’s he has photographed his contemporaries in the city and engaged in sustained projects both in the UK and wider Europe. A monograph of the Liverpool pictures, The Close Season, was published by Dewi Lewis Publishing in 2002 and another, No Pain Whatsoever was recently published in Sweden by Gosta Flemming/ Journal. He continues to work on long-term projects and his work on the culture of football in Liverpool was published by RRB Photobooks in 2016.

Ken Grant’s photographs are held in important collections of photography, including those of the Museum of Modern Art, New York, the Folkwang Museum Essen and other international public and private collections. He currently teaches Photography at Belfast School of Art.