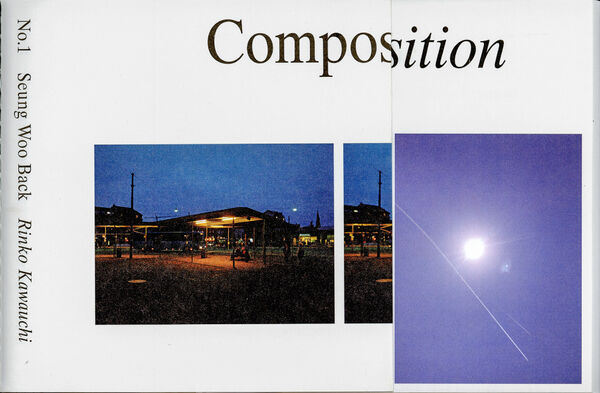 106 Seiten, 21 x 13,8 cm , 206 g.
Back, Seung Woo & Kawauchi, Rinko | Iannbooks
Seung Woo Back & Ringo Kawauchi – Composition No. 1
30,00 €
Inkl. MWSt., zzgl. Versandkosten
Lieferzeit: 2 bis 6 Werktage (weltweit)
In den Warenkorb    Auf die Wunschliste
In the age of social media that allows us to share our daily life without direct contact, mobile phone cameras give us completely different ways to see, experience, and enjoy the world. Selfies have long become a cultural phenomenon that dominates the contemporary world, diversification of media and popularization of mobile phones changed photography from something that records to something that is shared and consumed in real time. As a matter of fact, such change is both an opportunity and threat to professional photographers. Today’s digital world has radically affected the topography of photography and challenged the status and capacity of professional photographers. The perception and attitude towards photography is changing drastically. After struggling to establish itself as an artistic genre, modern photography is now faced with finding a new definition in the 21st century online world.

This is a collection of mobile phone photographs taken by two well-known Asian photographers Seung Wook Back and Rinko Kawauchi. This book, which was begun as part of an art project last March, is composed of messages and photographs exchanged between the two, who reunited for the first time in almost 10 years, to record their respective daily life for about 100 days. The view of Kawauchi, who captured birth and death and cycle of nature in everyday subjects, draws a contrast against that of Back who explored the fundamental nature of photography based on his skepticism toward the status of ‘professional photographer.’ In their dialogue where the two photographers compare the other’s photographs with essay and newspaper column, readers realize how the technical limitations of mobile phone do not mean much to either of them. In fact, mobile phone camera reminds the photographers of the excitement before a trip or their youth during which they first began photography. Having experienced both analog and digital photography, the two show a wider spectrum of ideas and expressions. As the title suggests, displays the images taken by the two photographers alternately, with different photographs that were first taken independently gradually overlapping with one another towards the end. This photo collection was intended to reveal the thought process of artists, like a series of sketches, instead of focusing on finished works of the two photographers.
—statement by the publisher