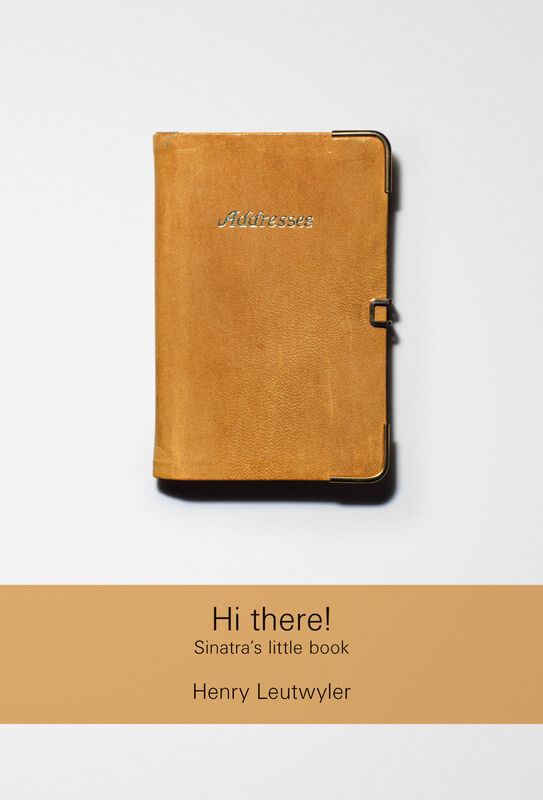 144 Seiten, 20,3 x 30 cm , 918 g.
Henry Leutwyler | Steidl
Henry Leutwyler – Hi there!
Sinatra`s liitle book
38,00 €
Inkl. MWSt., zzgl. Versandkosten
Lieferzeit: 2 bis 6 Werktage (weltweit)
In den Warenkorb    Auf die Wunschliste
As with his past series of celebrity relics, in Hi there! Henry Leutwyler coaxes an object’s meanings to the surface in a manner both deadpan and forensic, but with a reverence that makes it come alive—at least in our imagination. Such acute observation reveals an object’s persona, conjuring up its ghosts and memories. Leutwyler thus allows us to intimately explore objects, pregnant with possibility and rich in detail, if we only allow ourselves to do a little bit of digging.

So as we peer into Frank Sinatra’s (1915–98) private pocket phone book from what today seems like the quaintness of the analogue 1970s, we can reliably know Sinatra’s circle and speculate on the meaning of those relationships. The over 100 names and numbers here include direct lines to Richard Nixon, Gerald Ford, Spiro Agnew, Barry Goldwater and other important governmental figures. With connections to American businessmen Walter Annenberg, Laurance Rockefeller, Marvin Davis and John Kluge (at the time reputedly the richest person in the country), Sinatra knew just how to tap into capital. And among his fellow artists who were just a phone call away were Dean Martin, Gregory Peck, Roger Moore, Jerry Lewis and Buddy Rich. We even learn the names of Sinatra’s doctors and dentists—no doubt the best in their profession for Ol’ Blue Eyes.