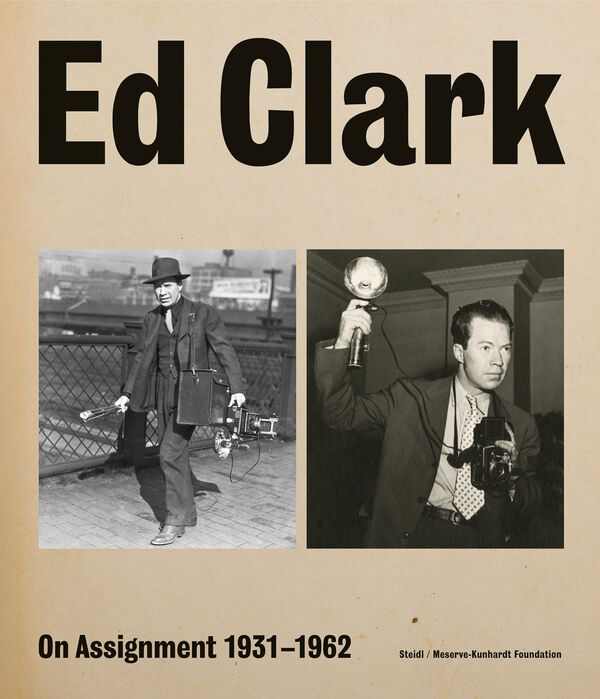 672 Seiten, 25 x 29 cm
Ed Clark | Steidl
Ed Clark – On Assignment
165,00 €
Inkl. MWSt., zzgl. Versandkosten
Lieferzeit: 2 bis 6 Werktage (weltweit)
In den Warenkorb    Auf die Wunschliste
Drawn from Ed Clark’s extensive personal archive of photographs, negatives, contact sheets and scrapbooks, these two volumes reveal the work of a key figure from the golden age of American photojournalism. From the pageantry of politics to the rhythms of small-town life, from movie stars to the working class, Clark covered the defining personalities and events of his age.

Ed Clark is one of the twentieth century’s most fascinating and important “unknown” photographers. A gifted photojournalist, Clark began his career in 1929 with The Tennessean newspaper in Nashville, and went on to work for 22 years for Life magazine. He photographed many of Life’s most important assignments during the period of the magazine’s greatest cultural impact; Clark’s images helped shape a nation’s sense of itself and the world. His vast range of subjects includes the Nuremberg war crimes trials, the conflict over civil rights in the late 1940s and early ’50s, Hollywood stars and the movie industry of the ’50s, the people and arts of the Soviet Union, and the White House during the Eisenhower and Kennedy administrations. Through Clark’s eyes, we witness some of the central episodes and themes of the post-war world.

Co-published with the Meserve-Kunhardt Foundation