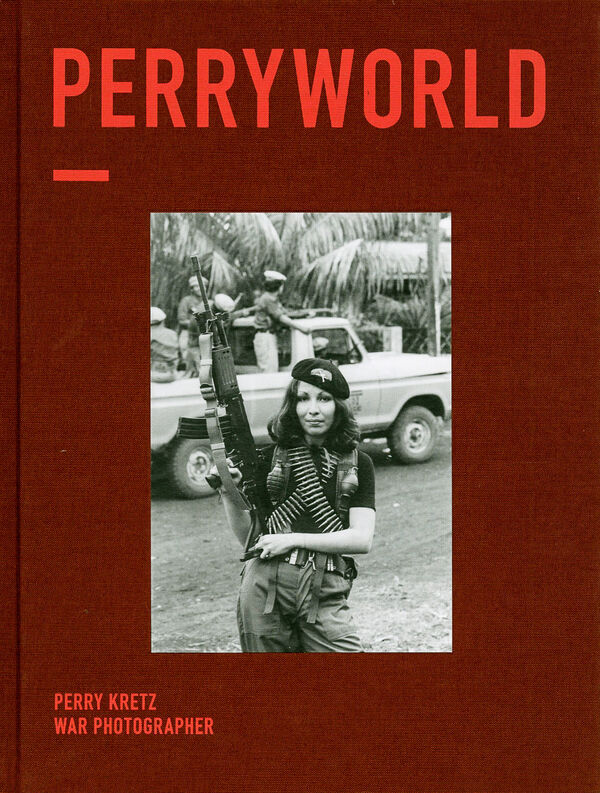 23,5 x 31 cm , 1620 g.
Perry Kretz | Sturm & Drang
Perry Kretz – Perryworld
War Photographer
54,00 €
Inkl. MWSt., zzgl. Versandkosten
Lieferzeit: 2 bis 6 Werktage (weltweit)
In den Warenkorb    Auf die Wunschliste
"Raw, sexy, unfiltered, touching, brutal, direct – these are the photos by Perry Kretz. He looks into people’s souls, be they victim or perpetrator. He gets at where the perpetrators do not wish to be seen in their perversion.He shows the vulnerability, tenderness and beauty of the weakest, the victims, often children. His pictures are a journey through time, through the conflicts of the last decades and, unfortunately, we can see that not everything used to be better.And when you close the book, the images stay with you.” Clemens Schick, actor

Perry Kretz was born 1933, a war child growing up in the rubble of Cologne. In the 1950s he moved to New York to study journalism. There he also started hanging out with a Puerto Rican gang, financing his studies with odd jobs, even doing small runs for the Mafia. Then he joined the U.S. Army and got assigned to the Korean War, where he started taking his first photos and found his bliss: reportage photography!

Back in New York, he joined the Keystone photo agency, worked with the N.Y.P.D. (New York Police Department) and the New York Post. Shooting crime stories and celeb portraits. In 1969 he started as a photo reporter for „stern“, the legendary German weekly magazine. He made himself a name as daredevil shooting mesmerizing photos under the most difficult circumstances. Being part Dennis Hopper, part Weegee, part Don McCullin. He had a brilliant eye and instinct to shoot at the right moment, often narrowly escaping with his life. He covered it all, wars, dictators, revolutionaries, drug dealers, Mafia bosses, prisons, undercover police, Marilyn Monroe, Mike Tyson, Baby Doc, Kym Phuc… and received some prestigious awards for his outstanding work. For this first photo book of Perry Kretz’s oeuvre, creative director Donald Schneider selected over a hundred images from the archive. To document the raw power of Perry’s work, his passion - and his gentle human side.