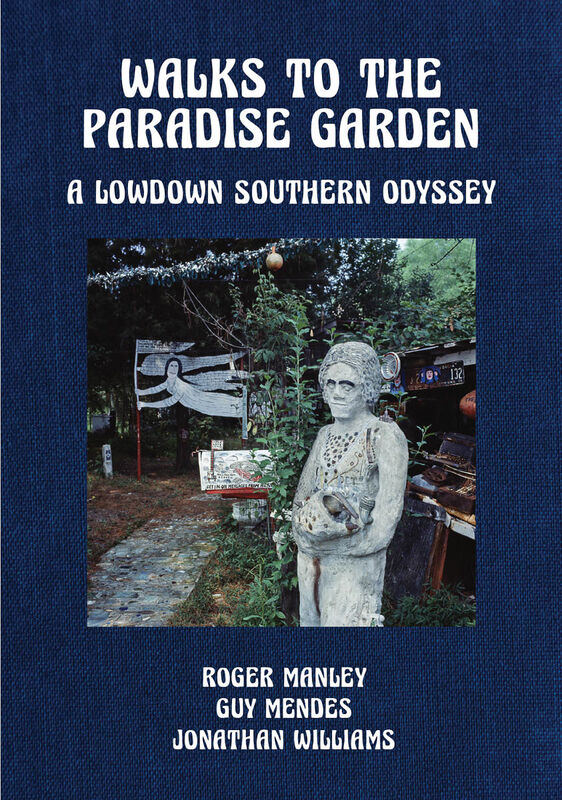 
Walks to the Paradise Garden is the last unpublished manuscript of the late American poet, photographer, publisher, Black Mountain alumnus and bon viveur Jonathan Williams (1929–2008). This 352-page book chronicles Williams' road trips across the Southern United States with photographers Guy Mendes and Roger Manley in search of the most authentic and outlandish artists the South had to offer. Williams describes the project thus: "The people and places in Walks to the Paradise Garden exist along the blue highways of America.… We have traveled many thousands of miles, together and separately, to document what tickled us, what moved us, and what (sometimes) appalled us." The majority of these road trips took place in the 1980s, a pivotal decade in the development of Southern "yard shows," and many of the artists are now featured in major institutions. This book, however, chronicles them at the outset of their careers and provides essential context for their inclusion in the art historical canon. Taking its name from the famous artwork by Howard Finster, Walks to the Paradise Garden brings to light rare images and stories of Southern artists and creators who existed in near anonymity during the last half of the 20th century. Organized in chapters devoted to each artist, the book features Banner Blevins, Henry Dorsey, Sam Doyle, Howard Finster, Lonnie Holley, Ralph Eugene Meatyard, Sister Gertrude Morgan, William C. Owens, Vollis Simpson, Edgar Tolson and Jeff Williams, among many others.