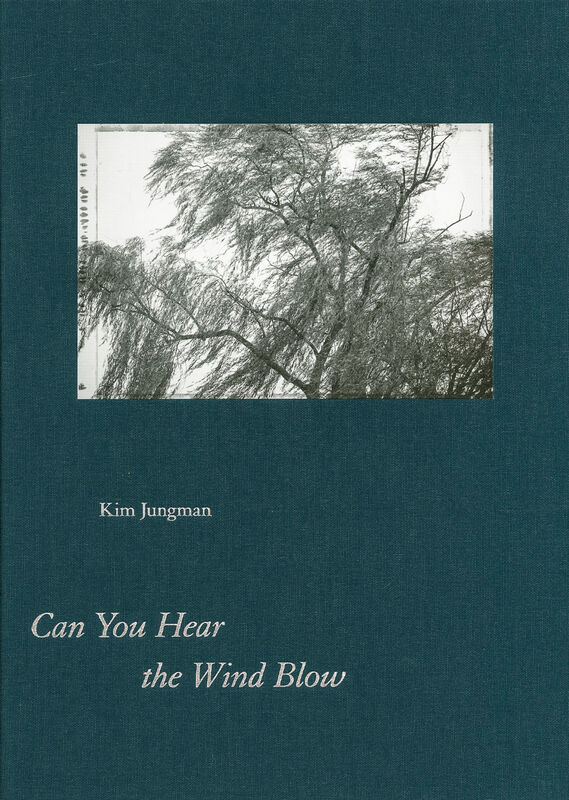 80 Seiten, 25,5 x 35,5 cm , 1028 g.
Kim Jungman | Nazraeli Press
Kim Jungman – Can You Hear the Wind Blow
75,00 €
Inkl. MWSt., zzgl. Versandkosten
Lieferzeit: 2 bis 6 Werktage (weltweit)
In den Warenkorb    Auf die Wunschliste
Nazraeli Press is thrilled to announce the publication of Kim Jungman’s Can You Hear the Wind Blow. This gorgeous series of large format photographs illustrates the sound of wind, made visible by the subtlest movements of tree branches, leaves, and a seemingly endless number of birds in flight and at rest.

Comprising 62 photographs, Can You Hear the Wind Blow beckons the viewer into what appears to be a wide-open forest of single trees, each with enough space to move freely in the wind. The trees are portrayed as stoic individuals, at once deeply rooted and flexible, planted at an unknown time in an unknown paradise. In actual fact, all of the photographs in the book were made between 2008 and 2017, and simply depict a row of neglected street trees in an alley between the artist’s studio and home in Seoul.

One of his country’s most important contemporary artists, Kim Jungman was born in Cheolwon, South Korea in 1954. He moved as a teenager to Burkina Faso, Africa and then to Europe, studying painting École Nationale Supérieure d’Art at Villa Arson in Nice, France. It was there that he discovered his passion for photography. He moved back to Seoul and soon gained fame for his edgy, often controversial work as the country’s premier commercial and fashion photographer.

In 2006, Jungman Kim left his flourishing career as a commercial photographer to pursue his personal work, photographing the countryside of his native country. Can You Hear the Wind Blow was published to accompany a major exhibition of the work at The Hanmi Museum of Photography, Seoul and Three Shadows Gallery in Beijing.