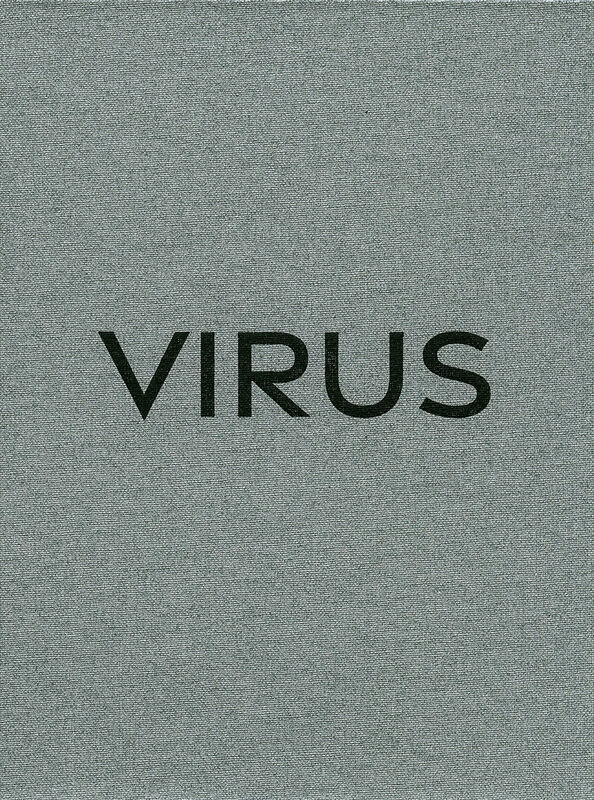 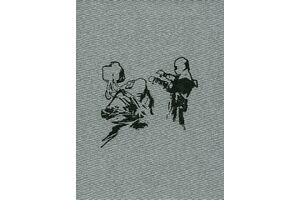 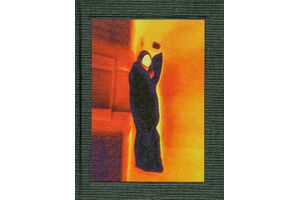 Antoine D'Agata | Studio Vortex
Antoine D'Agata – VIRUS | Collector's Ed.
17.03.2020 | 11.05.2020 (English edition)
450,00 €
Inkl. MWSt., zzgl. Versandkosten
Lieferzeit: 2 bis 6 Werktage (weltweit)
In den Warenkorb    Auf die Wunschliste
Under the circumstances that have marked the world, we invite you to discover VIRUS, Antoine d'Agata's view of Covid-19 and its social and political resonances. The exhibition will present an installation of 1111 images produced by Antoine d'Agata between March 17 and May 11, 2020 and foreshadows the release on October 29, 2020 of the artist's new Opus edited by Studio Vortex.

“We are only a little stored, organized solar heat, a memory of Sun. A little phosphorus that burns in the meninges of the world.” Paul Cézanne

From the first day of confinement ensuing the outbreak of the Covid-19 epidemic, Antoine d'Agata roamed the streets of Paris with a thermal camera to record, in his own unique way, the viral epidemic that turned the city into a strange theatre of wandering souls, bowed heads and fleeing bodies. Initially attracted by the way in which the thermodynamic device records the various infrared rays (heat waves) emitted by bodies, which vary according to their temperature, the artist was soon fascinated by a process that reduces human subjects to essential figures, devoid of superfluous characteristics or specificities.

Living and working for two months out of the Paris office of the Magnum Photos agency and gallery, he used the thermal technique to document the impregnation of the deserted city existing under confinement: a city plunged into silence, traversed by bodies with stereotypical attitudes, inhabited above all by the homeless who appear - in these images - as the last truly living and resistant bodies, austere and flame-tinged compositions offering an alternative and dystopian vision of the emptying streets.


« This documentary work is dominated by the use of thermal technology because it offers the ability to capture information that photography as we know it cannot. It is not a question of aesthetics but of a technique under development that allows me to generate a visual language that apprehends reality from both an existential and political perspective.

As the coronavirus tore the continent apart and people isolated themselves, I was fed by words from Henry James quoted by Jean-Luc Godard - We work in the dark - we do what we can - we give what we have. Our doubt is our passion and our passion is our mark - I tracked the heat stored by bodies, first on the street and then - very soon after that - in the Covid-19 continuing care and resuscitation units. In the last two months I produced 13,000 images (6,500 in the streets of the capital, 6,500 images in various hospitals) sometimes sleeping for days on end within the hospital buildings, photographing the interactions between ambulance drivers, doctors, nurses, and patients – gestures spanning the medical, hygienic, and comforting.

It is in this ambivalence between solidarity and contamination, this inevitability of social and physiological death, that I tried to apprehend, traversing a language of senses and of resistance that transfigures the body. The thermal image freezes forms, postures, figures, poses, zones imperceptible to the naked eye.

VIRUS is the new opus of a photographic experience born from my need to take part in a situation of emergency from an intensive position but doomed, in the short term, to account for the symptoms and outcome of an inescapable economic and social crisis. It is through the deciphering of unprecedented power relations resulting from changing economic logics, and with the help of experimental aesthetic strategies, that I wanted to show how bodies resist their capitalist domestication and the integral surveillance of behaviours. The photographic path follows the chronology of the economic events to come, underlining the great sequences of an evolution that could be brutal. Concerned by the psychic and political dimension of the evolution of the pandemic, I continue with the same obstinacy to perfect an intimate atlas. For the existential is never reducible to gestures, but is only amply grasped in a larger act: that of the artist who wants everything, and gives himself the means to gain it. The serial and futuristic character of the bodies domesticated by the daily routine of confinement being accentuated and denounced by the cruelty of the facts that the images record.” —Antoine d’Agata