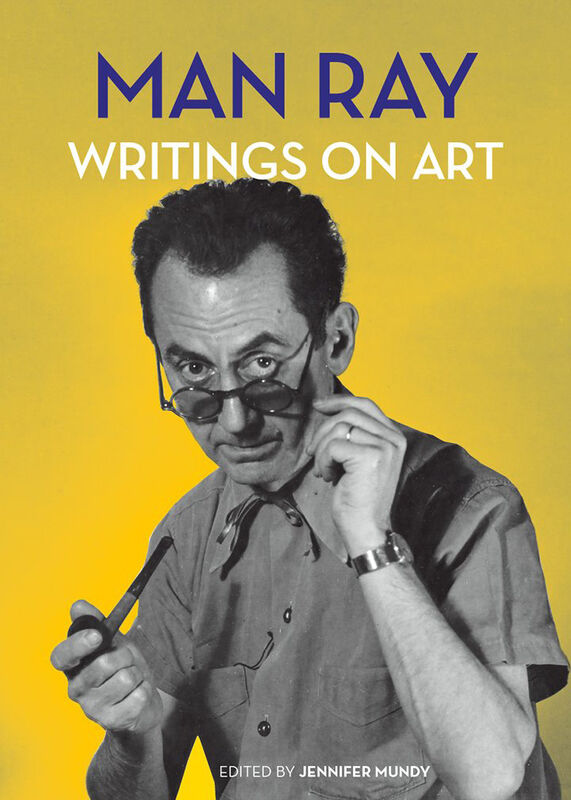 456 Seiten, 18,5 x 26 cm , 1629 g.
Man Ray | Getty Publications
Man Ray – Writings on Art
Statt 45,00 € 17,95 €
Inkl. MWSt., zzgl. Versandkosten
Lieferzeit: 2 bis 6 Werktage (weltweit)
In den Warenkorb    Auf die Wunschliste
Man Ray (1890–1976) was a pioneer of the Dada movement in the United States and France and a central protagonist of Surrealism. Today he is one of the best-known American artists of the twentieth century, celebrated above all for his innovative and often seductively glamorous photography. Surprisingly, given Man Ray’s key role in the history of early-twentieth-century Modernism, a comprehensive collection of his writings on art has not been published in English until now.

‘Man Ray: Writings on Art‘ fills a conspicuous gap in scholarship on the artist and his period. It brings together his most significant writings, many of them published here for the first time. These occasionally quixotic texts, which include artist books, essays, interviews, letters, and visual poems, reveal the incredible scale of the artist’s output and the remarkable continuity of his aesthetic and political beliefs. This volume offers a long overdue vision of Man Ray as someone who used words both as a creative medium and as a means of articulating ideas about the nature and value of art. With richly reproduced illustrations, it provides powerful insight not only to scholars of art history and academics, but also to working artists and those who count themselves as Man Ray fans.

Jennifer Mundy is head of collection research at Tate, London.