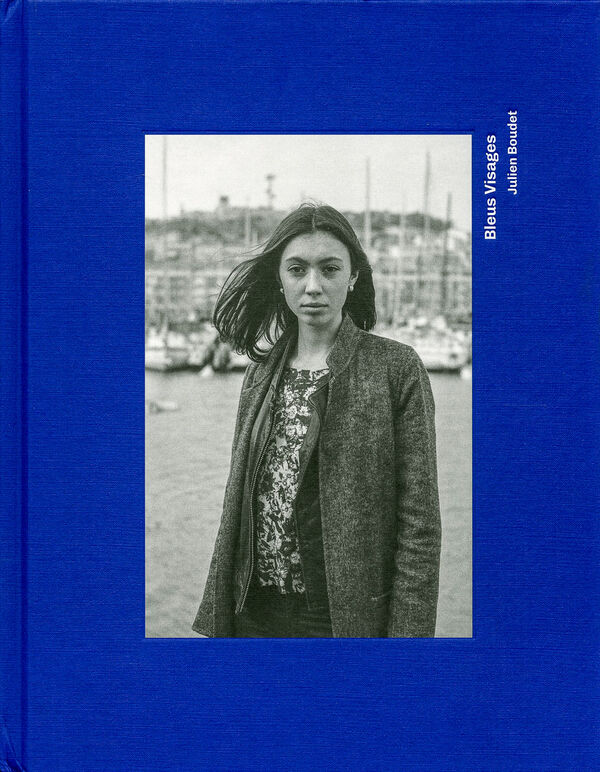 124 Seiten, 22 x 8 cm , 778 g.
Julien Boudet | Kahl Editions
Julien Boudet – Bleus Visages
Statt 44,00 € 15,00 €
Inkl. MWSt., zzgl. Versandkosten
Lieferzeit: 2 bis 6 Werktage (weltweit)
In den Warenkorb    Auf die Wunschliste
Sète is a port town and a seaside resort on the Mediterranean, an almost-island situated on the south-eastern side of the Bassin de Thau that has its own very strong cultural identity, traditions, cuisine, and dialect. The roots of its inhabitants lie elsewhere, in Spain, the uplands of Italy, Algeria, and Morocco, and they are a proud and nostalgic people. It is also the hometown of photographer Julien Boudet, who returned there to make a reportage of black-and-white photographs, portraits of local people in which their view and his own gaze come together in a familiar manner. ‘Bleus Visages’ offers a narrative of a community, describing its scenery, characters, and encounters.