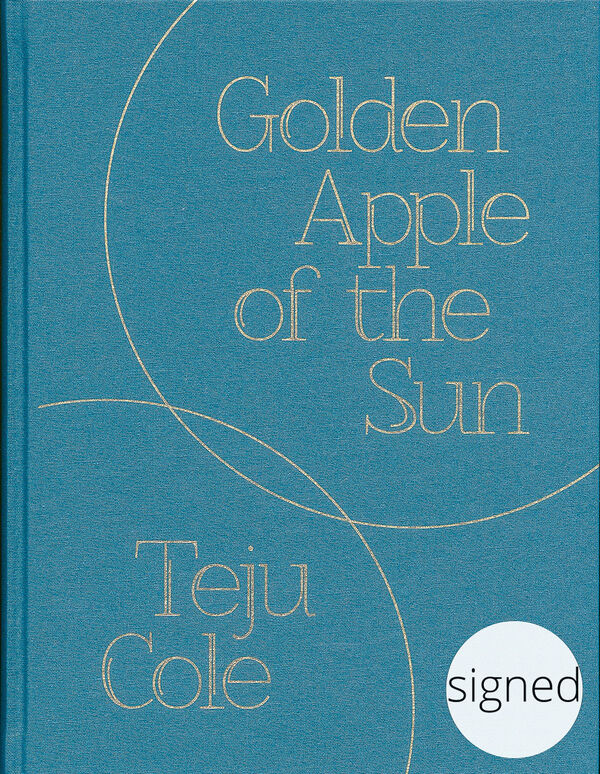 136 Seiten, 19,3 x 25,3 cm , 986 g.
Teju Cole | MACK Books
Teju Cole – Golden Apple of the Sun (sign.)
45,00 €
Inkl. MWSt., zzgl. Versandkosten
Lieferzeit: 2 bis 6 Werktage (weltweit)
In den Warenkorb    Auf die Wunschliste
“Many artists have felt the lure of juxtaposing photographs and text, but few have succeeded as well as Teju Cole. He approaches this problem with an understanding of the limitations and glories of each medium.” Stephen Shore

In the period leading up to the November 3, 2020 elections in the United States, Teju Cole began to photograph his kitchen counter in Cambridge, Massachusetts. Working in the still life tradition of Chardin, Cezanne, and the Dutch masters, as well as such contemporary photographers as Laura Letinsky and Jan Groover, he photographed every day over the course of five weeks. Unlike those illustrious forbears, Cole left his arrangements entirely to chance, “the bowls and plates moving in their unpredictable constellations.” What emerges is a surprising portrait, across time, of one kitchen counter in one home at a time of social, cultural, and political upheaval. Alongside the photographs is a long written essay, as wide-ranging in its concerns—hunger, fasting, mourning, slavery, intimacy, painting, poetry and the history of photography—as the photographs are delimited in theirs. The text and photographic sequences are interspersed with an anonymous handwritten eighteenth century cookbook from Cambridge. Golden Apple of the Sun is a luminous and humane work, presented with the formal boldness and oblique intelligence we have come to expect from Teju Cole.