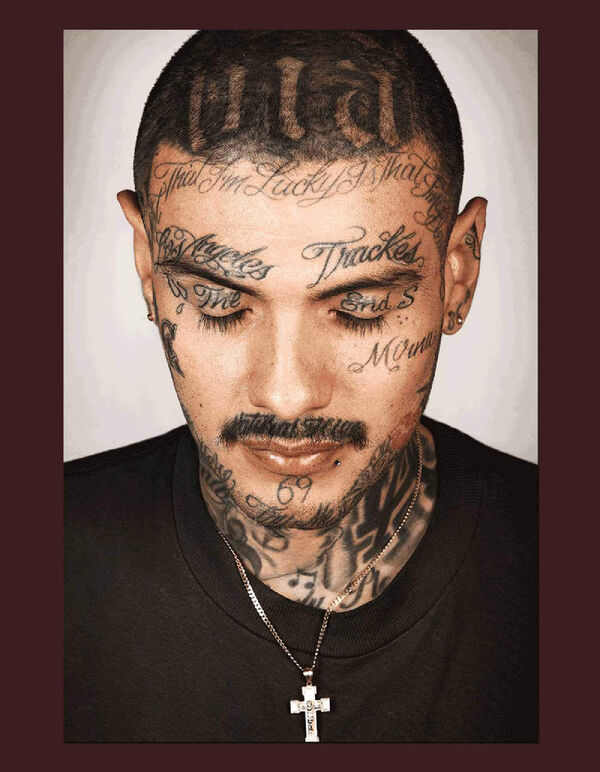 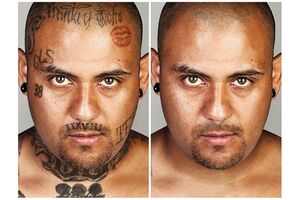 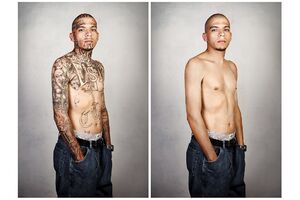 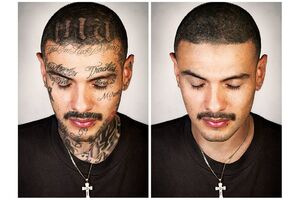 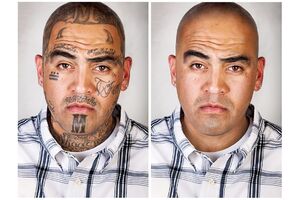 Steve Burton | PowerHouse Books
Steven Burton – Skin Deep
Looking Beyond the Tattoos
Statt 42,00 € 19,80 €
Inkl. MWSt., zzgl. Versandkosten
Lieferzeit: 2 bis 6 Werktage (weltweit)
In den Warenkorb    Auf die Wunschliste
For decades now tattoos have been potent symbols of the Los Angeles gang-life scene. The black and white tattoos with recognizable gang symbols appear on members' faces, necks and all over their bodies, making their gang affiliation immediately clear to whomever crosses their path. This can mean the difference between life and death on he streets, and just as often, in prison.

What does this prominently placed imagery mean for those men and women who somehow extricate themselves from gang life or are released from prison or want to separate themselves from the gang and start life anew? The very tattoos which may have helped guard against the constant threat of rival gangs now bar many ex-gang members from employment, life without harassment, and the freedom to move on from a past they have worked hard to overcome.

Skin Deep is a photography project that seeks to show the effects of this ongoing gang conflict in Los Angeles. Photographer Steven Burton set out to photograph realistic portraits of former gang members who are trying to escape the revolving door of death and prison. For these men and women, the aftermath of gang life is not only carried within--it is also scrawled across their faces and bodies. Skin Deep uniquely highlights the impact tattoos have on the way a person is perceived by showing what each participant might look like without them.