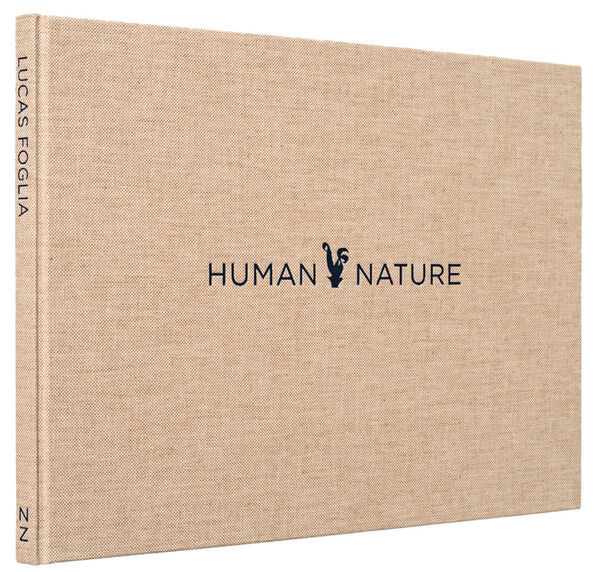 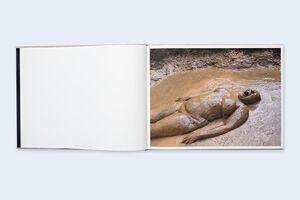 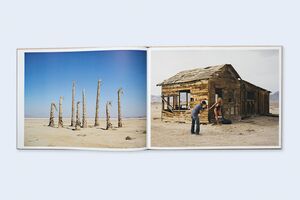 Lucas Foglia | Nazraeli Press
Lucas Foglia – Human Nature
65,00 €
Inkl. MWSt., zzgl. Versandkosten
Lieferzeit: 2 bis 6 Werktage (weltweit)
In den Warenkorb    Auf die Wunschliste
"Human Nature is a lyrical meditation on the complex dynamic between humans and the natural world at what may prove to be a critical time for both… An almost National Geographic approach to the wonders of the natural world is undercut by a conceptual artist’s eye for the absurd. This is the kind of hybrid terrain that Foglia has made his own." — Sean O'Hagan, The Guardian

"Hope lies in stubborn attempts—human and non-human alike—to find better ways to live on this planet. Fortunately for us, persistence, Foglia seems to suggest, is in our nature." — Robert Moor, The New Yorker

Conservationists often disagree about how humankind should move forward from the damage to nature that we have already done. Traditionalists argue that we should put a boundary around wild spaces to preserve them, but there is no way to contain the effects of people. More radical conservationists propose moving all people to green cities, supplied with renewable energy and sustainable agriculture, so the countryside can re-wild itself.

For 12 years, Lucas Foglia traveled around the world, befriending and photographing people who are working towards a positive future, in spite of the enormity of the task. Human Nature is a series of interconnected stories about our reliance on nature and the science of our relationship to the natural world. Each story is set in a different landscape: city, forest, farm, desert, ice field, ocean, and lava flow. From a newly built rainforest in urban Singapore to a Hawaiian research station measuring the cleanest air on Earth, the photographs examine our need for “wild” places—even when those places are human constructions.

Human Nature is Lucas Foglia’s third monograph. Foglia’s photographs are held in major collections in Europe and in the United States, including Denver Art Museum, Foam Fotografiemuseum in Amsterdam, International Center of Photography in New York, Museum of Fine Arts in Houston, Victoria and Albert Museum in London, Philadelphia Museum of Art, and San Francisco Museum of Modern Art.