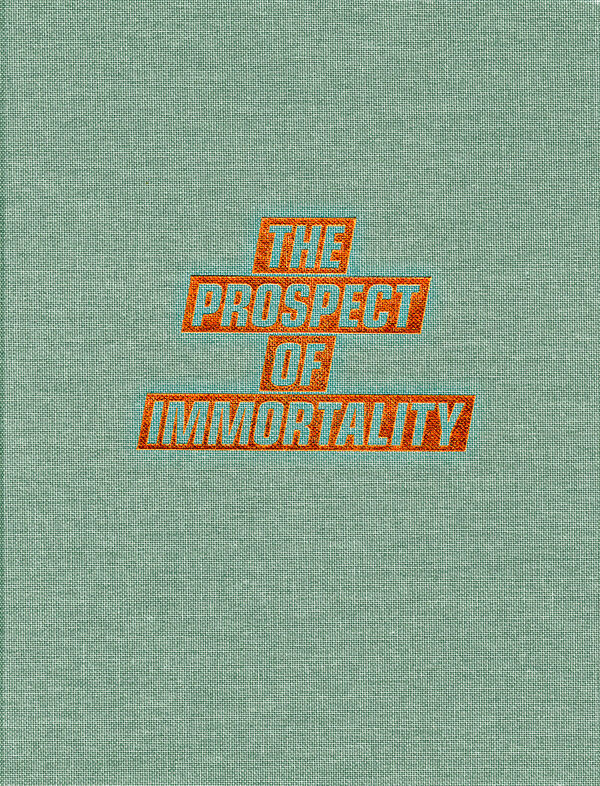 185 Seiten, 21,6 x 28 cm , 1192 g.
Murray Ballard | GOST Books
Murray Ballard – Prospect of Immortality
45,00 €
Inkl. MWSt., zzgl. Versandkosten
Lieferzeit: 2 bis 6 Werktage (weltweit)
In den Warenkorb    Auf die Wunschliste
In 1962, Robert Ettinger published The Prospect of Immortality, a book that gave birth to the idea of ‘cryonics’ – the process of freezing a human body after death in the hope that scientific advances might one day restore life. This photo book, by Murray Ballard, is the result of a nine-year photographic investigation into the practice Ettinger inspired.

Ballard’s book, also titled The Prospect of Immortality, documents the small but dedicated international cryonics community from the English seaside retirement town of Peacehaven; through the high-tech laboratories of Arizona; to the rudimentary facilities of KrioRus, on the outskirts of Moscow. Worldwide there are approximately 200 patients stored permanently in liquid nitrogen, with a further two thousand people signed up for cryonics after death.

The project combines photographs of the technical processes involved in cyronics, alongside portraits of the people engaged in the quest to overcome the ‘problem of death’. Whilst members have often been ridiculed for their views, Ballard has tried to take an objective stance, allowing the viewer to consider the ethics of the practice, and to decide whether members are caught up in a fantasy world of science fiction, or genuine scientific innovation.