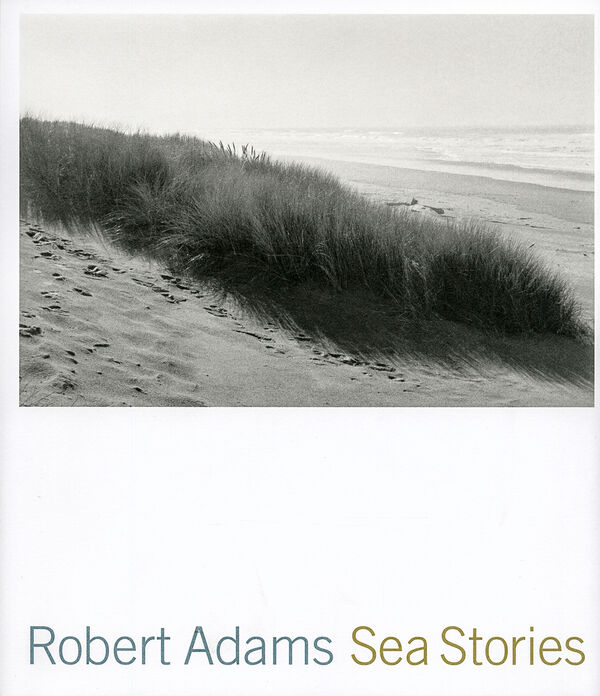 124 Seiten, 21,1 x 24,2 cm , 730 g.
Robert Adams | Yale University Press
Robert Adams – Sea Stories
45,00 €
Inkl. MWSt., zzgl. Versandkosten
Lieferzeit: 2 bis 6 Werktage (weltweit)
In den Warenkorb    Auf die Wunschliste
Over the past decade the renowned photographer Robert Adams (b. 1937) has turned his attention to the woods and shores near his home on the Oregon coast. 'Sea Stories' is a sequence of three visual narratives that follow Adams and his wife, Kerstin, as they walk among alder and maple trees, along the beach to observe the annual migration of shorebirds, and back eastward through meadows and what remains of the inland forest. Featuring many previously unpublished photographs, this book describes the cycles of nature with a new naturalism.

Robert Adams, born in Orange, New Jersey in 1937, is best known for his series of photographs that investigates urban encroachment into the landscape of the American West. In much of his work, Adams balances a sense of hope for Nature's persistence against despair with man's destruction of what was, until relatively recently, wilderness.

'Still photographs often differ from life more by their silence than by the immobility of their subjects. Landscape pictures tend to converge with life, however, on summer nights, when the sounds outside, after we call in children and close garage doors, are small - the whir of moths, the snap of a stick.' Robert Adams