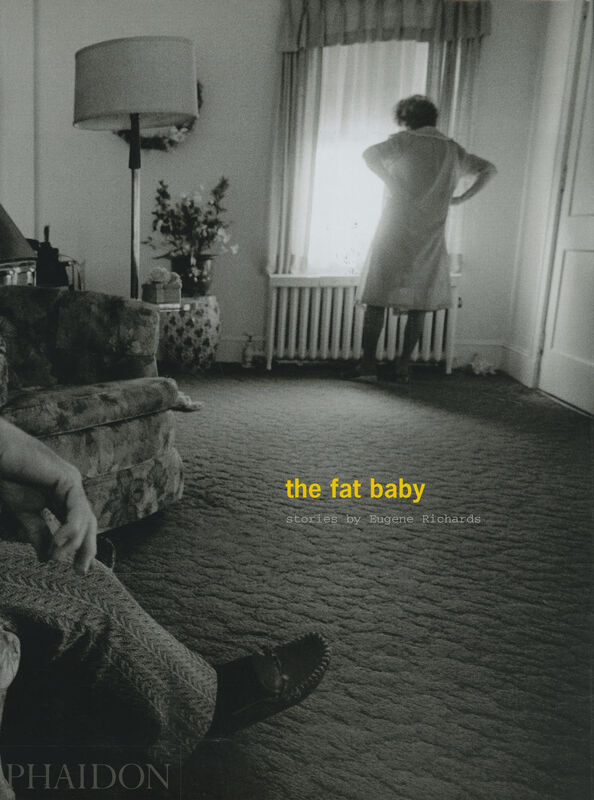 432 Seiten, 22,8 x 29,8 cm , 2760 g.
Eugene Richards | Phaidon
Eugene Richards – The Fat Baby
Statt 95,00 € 35,00 €
Inkl. MWSt., zzgl. Versandkosten
Lieferzeit: 2 bis 6 Werktage (weltweit)
In den Warenkorb    Auf die Wunschliste
'The Fat Baby' is an epic collection of poignant and often controversial stories photographed and written by acclaimed social documentary photographer Eugene Richards. The culmination of a dozen years of reporting, both on and off assignment, these stories, each one different in style and tone, immerse us in the lives of Honduran coffee growers, members of a Kansas City street gang, drought-plagued villagers from Niger, and doctors in an embattled Bosnian hospital. They chronicle the birth of a first child, an explosion of family violence, the struggle of a farming family to hang on to its ancestral home, and the unearthing of a half-hidden grave said to hold the remains of a slave.

Described as having an acute, sometimes hard-edged visual sensibility and a literary voice, Richards writes in order to come to terms with the complexities of what he is observing. At a time when photojournalists are often relegated to illustrating the ideas of others, he persists in interweaving his words and photographs to create boldly narrative stories that bear witness to the dramas of real lives and comment on the times in which we live. Deeply personal and prodigious in scope, The Fat Baby is a tribute to the emotional power of photography and a celebration of storytelling.

Eugene Richards (b.1944) is the one reportage photographer who, tellingly, is most intensely and consistently revered by other reportage photographers. On the basis of his Dorchester Days (also published by Phaidon) he became a member of Magnum Photos in 1978, but left in 1994 to work independently. His style has set the standard and the trend for leading photojournalists such as James Nachtwey and Gilles Peress. A former social worker, there is a political edge to his work, and his treatment of hard-hitting subject matter demonstrates a distinctive and compelling compositional style, combined with an extraordinary ability to get under the skin of his subjects. Accepted and trusted widely, he puts us in the front row of his subjects' fascinating lives.