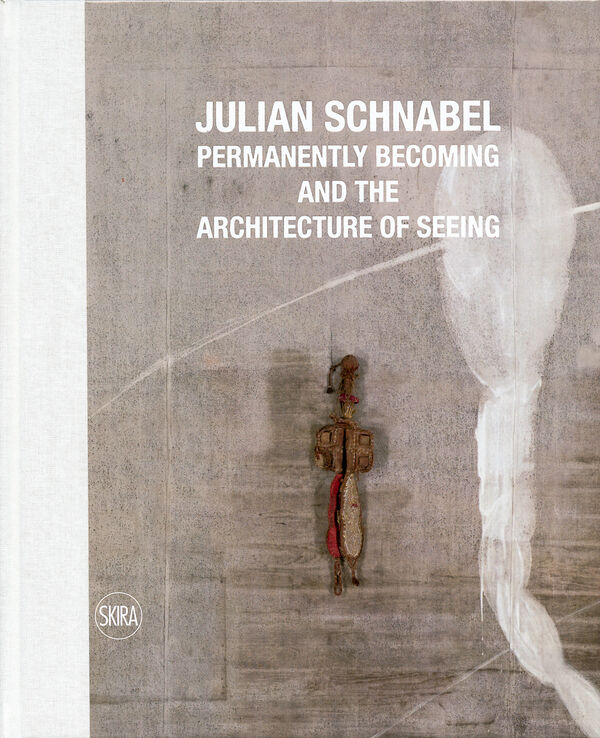 Well-known for his plate paintings, in reality Schnabel has used an endless number of varied materials and support systems to create his works, including velvet, oilskin, pieces of wood from all over the world, veils, photographs, rugs, tarpaulin, and in general, any flat surface that inspires his creative processes.

This retrospective illustrates that his poetics are strongly inspired by Jackson Pollock and Cy Twombly but also based on the European and Mediterranean tradition in that it evokes the style of the old Italian and Spanish masters—such as El Greco and Tintoretto—and reinterprets literary and cultural references that are ancient and modern, from Homer to Aeschylus to the art of the great masters such as Giotto, Goya, Antoni Gaudí, and Pablo Picasso.

Published to accompany a major exhibition in Venice, this catalog includes important works such as Painting for Malik Joyeux and Bernardo from 2006, The Sea from 1981, St. Francis in Ecstasy from 1980, Portrait of Rula from 2010, Arrowhead (Bez) from 2010, and The Atlas Mountains from 2008.