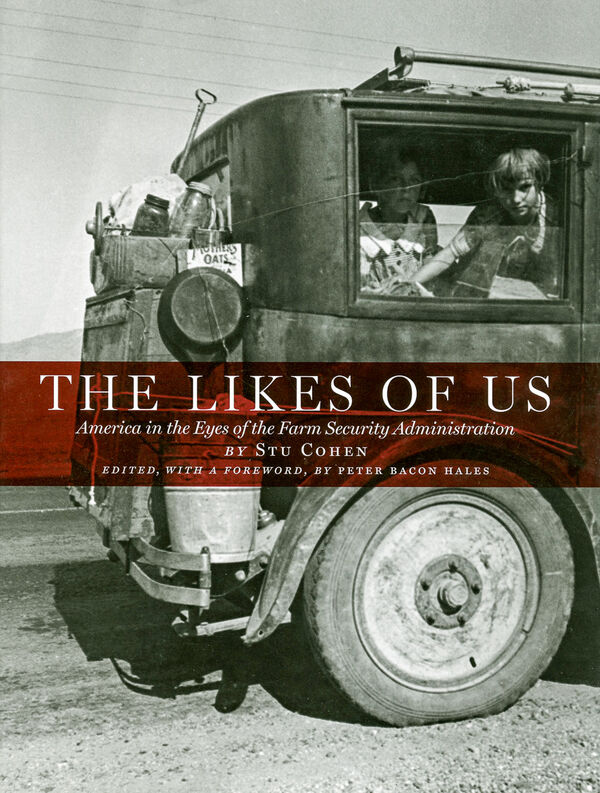 208 Seiten, 23,7 x 31,2 cm , 1354 g.
Walker Evans | David R. Godine
The Likes of Us
Photography and the Farm Security Administration
Statt 45,00 € 20,00 €
Inkl. MWSt., zzgl. Versandkosten
Lieferzeit: 2 bis 6 Werktage (weltweit)
In den Warenkorb    Auf die Wunschliste
Housed at the Library of Congress, the archives of the Farm Security Administration constitute an essential visual record of American life from the late 1920s through the onset of the Second World War. Guided by the adroit hands and watchful eyes of the master photo editor Roy Stryker, the FSA archive includes the work of dozens of photographers, from acknowledged giants like Walker Evans, Ben Shahn, and Dorothea Lange to Marion Post Wolcott and Russell Lee, whose names and work may be less familiar.

Stryker’s approach to his photographers’ assignments was a bracing mix of structure and improvisation. He sent his artists across the country to shoot for a few weeks, mostly in small towns and rural areas. They worked from what Stryker called shooting scripts – laundry lists of possible subjects and situations – but were always free to explore their own perspectives on a locale, its inhabitants, and their activities.

This book collects work from nine of these trips – Evans in Louisana and Alabama, Shahn in West Virginia, Lange in California, and others – uniting them with Stryker’s shooting scripts, letters, and other relevant archival documents. What emerges, beyond the images themselves, is a complex and vital overview of the FSA at work, not just the work, but how the work evolved and matured under Stryker’s guidance. Appropriately, the book concludes with photographs of New Orleans, the only city photographed in depth by the FSA artists.

Reproduced in duotone, the 175 photographs in The Likes of Us – all printed from the original negatives at the Library of Congress – offer a rare opportunity not only to see a choice selection of famous and little-known images but also to understand the working of one of the government’s most original and creative pre-war initiatives.