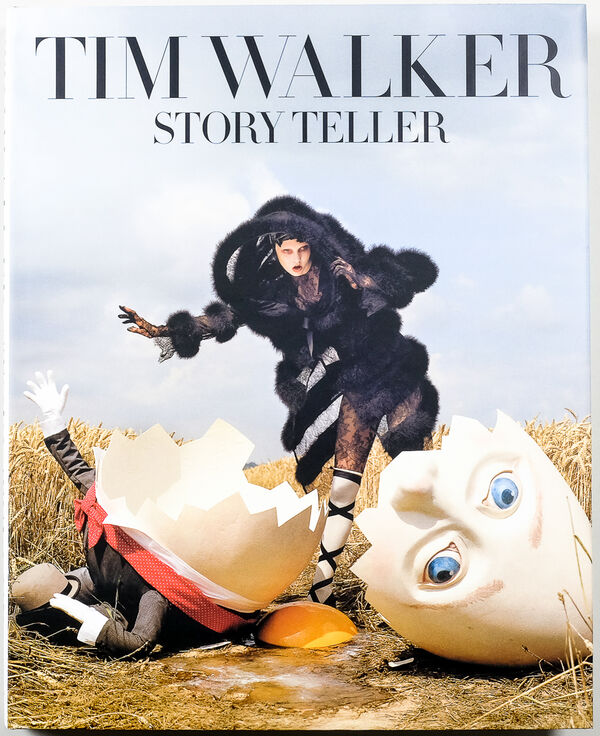 256 Seiten, 28,3 x 35,4 cm , 2535 g.
Tim Walker | Thames & Hudson
Tim Walker – Story Teller
58,00 €
Inkl. MWSt., zzgl. Versandkosten
Lieferzeit: 2 bis 6 Werktage (weltweit)
In den Warenkorb    Auf die Wunschliste
When one of the most visually exciting photographers of our times turns fashion stories into fairy tales, the results are unmistakable and inimitable. Though they may soar in scale and ambition, they are painstakingly realized – and with no concession to artificial enhancement. In this new collection of Tim Walker's dazzling images, everything you see was specially constructed; the make-believe really happened.

In Walker’s pursuit of the perfect picture no demand appears too unreasonable, no scenario too outlandish, no objective unattainable. The half-forgotten, slow-paced world he conjures up is one of grandeur mixed with eccentricity, of opulence with romanticism and of time stilled entirely. For the most part it is, to say the least, at odds with the pace of 21st-century life.

Some of the biggest names in fashion and contemporary culture are here: Alber Elbaz sporting a pair of rabbit ears; Agyness Deyn in the sand dunes of Namibia; Alexander McQueen and a memento mori of skull and cigarettes; Helena Bonham Carter poised with Ray-Bans and a Diet Coke; Stella Tennant in a pink cloud among the rhododendrons of an English country garden…

The singer and musician Kate Bush contributes a foreword and Walker himself an afterword, as well as illuminating his pictures throughout with personal observations.

This exceptional and beautifully designed overview of a career caught in mid-flow reveals just how much one man's singular vision has influenced contemporary tastes in fashion, beauty, glamour and portraiture.

So, if ever you have yearned to crashland a Spitfire in your drawing room, to paint a village yellow, to cut a car in two, to meet a real witch, to swing from several chandeliers, to ride with a pack of foxhounds led by a flying saucer, to pilot a biplane made of French loaves, Tim Walker shows you it is entirely possible. You just have to believe.