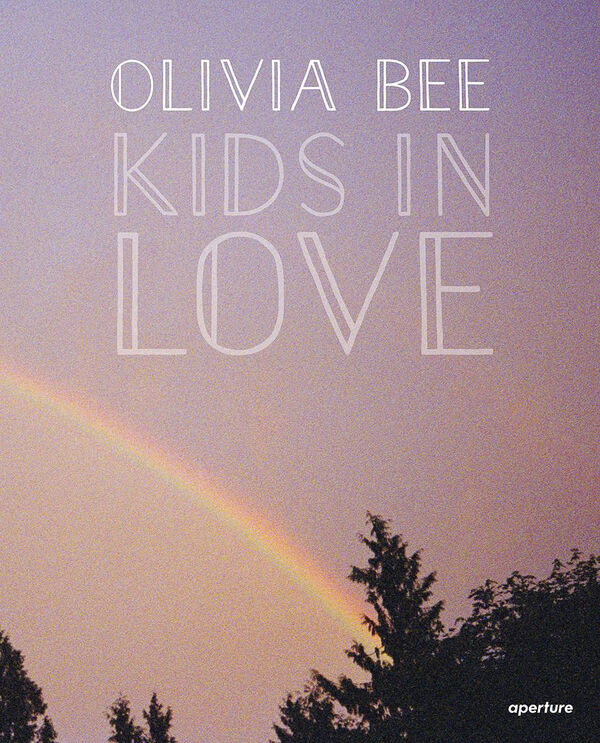 136 Seiten, 20 x 25,4 cm , 700 g.
Olivia Bee | Aperture
Olivia Bee – Kids in Love
Statt 38,00 € 19,80 €
Inkl. MWSt., zzgl. Versandkosten
Lieferzeit: 2 bis 6 Werktage (weltweit)
In den Warenkorb    Auf die Wunschliste
Olivia Bee (born 1994) is celebrated for her dreamy, evocative portraits and landscapes rich with implied narratives of intimacy, freedom and adventure. Olivia Bee: Kids in Love showcases two bodies of photographic work, including the series Enveloped in a Dream that first brought Bee recognition as a teenager. This first series offers a visual diary of girlhood friendship and the exploration of self, showcasing Bee’s unique ability to convey the bittersweet nostalgia of adolescence on the brink of adulthood and new possibilities. The second set of images, Kids in Love, is drawn from recent work and continues Bee’s photographic chronicle of her circle of friends and new loves, capturing both the pleasures and terrors of the fleeting passage of romanticized youth. While the work continues to evolve, what remains constant is her seductive use of color and photographic artifact, as well as the immediacy and charge of each image. Bee gives voice to the self-awareness and visual fluency of the millennial generation. Experiences are sharply felt, and easily communicated and shared, generating visual records that render these memories as significant as the moments themselves. Tavi Gevinson, founding editor of the online magazine Rookie and Bee’s frequent collaborator and model, writes about the work and about the role of images as social currency in today’s image-driven world.

Olivia Bee is a photographer with a bedroom in Brooklyn, and a life out of a suitcase that takes her nearly everywhere. Growing up, Bee was encouraged to engage with nature and to make art every day. In middle school she started photographing her life—the one she dreamt up and the one she lived—and posting the results online. After receiving recognition for her pictures on social media, Converse commissioned Bee to shoot her first ad at the age of fifteen. She has since gone on to shoot for brands such as Hermès, Levi’s, Adidas, Cacharel, Nike, and Roger Vivier, and editorial features for publications such as the New York Times Magazine, New York Magazine, Le Monde, Playboy, Numéro, and Vogue.com, as well as creating content for select musicians on Atlantic Records and Interscope Records. Her photography has been featured in two solo shows at agnès b, New York, and Bernal Espacio, Madrid. Now twenty-two, she takes photographs all over the world and, with her images, continues to search for utopia.

Tavi Gevinson is the founding editor of Rookie, an online publication for teenage girls. A prominent voice of her generation, Gevinson received early acclaim for the fashion blog she started at age eleven, the now-defunct Style Rookie. In addition to writing, Gevinson has acted in the Emmy Award–winning TV series Modern Family; films such as Enough Said, Cadaver, and First Bass; and the Broadway play This Is Our Youth.