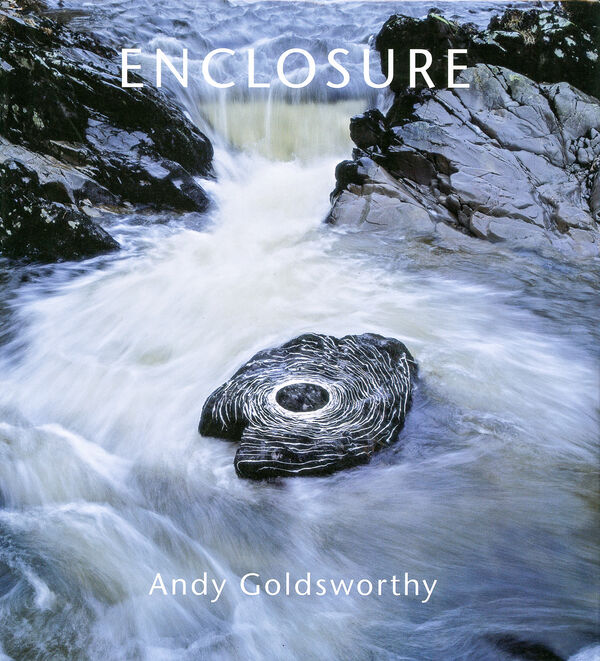 168 Seiten, 26,7 x 29,5 cm , 1670 g.
Andy Goldsworthy | Abrams
Andy Goldsworthy – Enclosure
Statt 55,00 € 20,00 €
Inkl. MWSt., zzgl. Versandkosten
Lieferzeit: 2 bis 6 Werktage (weltweit)
In den Warenkorb    Auf die Wunschliste
In the early 1990s Andy Goldsworthy was invited to propose a project for Cumbria, a region of outstanding natural beauty in Northern England where the landscape has been molded for centuries by agriculture and in particular by sheep-farming.

His response was to repair or rebuild a swathe of Cumbrian sheepfolds, stone enclosures used for gathering, sheltering and washing sheep, reconstructing them to incorporate or contain artworks with the intention that, wherever possible, the folds would still be accessible to sheep. Among the sculptures are slate works and balanced stones embedded in walls and a series of sixteen holding folds along a drove road, each containing a massive glacial boulder rolled down from the nearby hillside. Work began in January 1996, and, despite a hiatus in 2001 when the devastating outbreak of foot-and-mouth disease effectively closed off the land, by 2006 more than forty structures had been completed. It is this extraordinary project that forms the core of Enclosure.

This book includes a rich collection of ephemeral work related in various ways to sheep. Graceful serpentines of frozen wool reach up from a rock in a gorge, or hang down from its craggy sides; lengths of wall are painstakingly edged with bright white lines of wool or frozen snow. There is also a spectacular series of large sheep paintings - paintings made by the hoofprints of sheep - produced by laying large canvas on the ground in winter, with a block of sheep feed in the middle to attract the animals.
Finally an intriguing section demonstrates how work in a small burn close to Goldsworthy's home in Dumfriesshire informed some of his most impressive work to date installed recently at Yorkshire Sculpture Park in the largest exhibition of his sculpture so far. This volume is a rich testament to Goldsworthy's lifelong interest in the land, its history and its inhabitants.