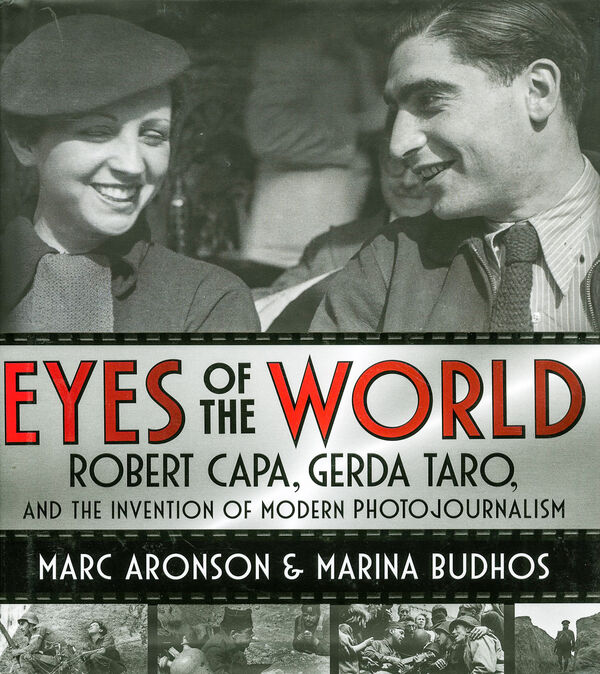 294 Seiten, 21 x 23,5 cm , 1098 g.
Robert Capa | Henry Holt
Robert Capa & Gerda Taro – Eyes of the World
The Invention of Modern Photojournalism
Statt 22,00 € 10,00 €
Inkl. MWSt., zzgl. Versandkosten
Lieferzeit: 2 bis 6 Werktage (weltweit)
In den Warenkorb    Auf die Wunschliste
Robert Capa and Gerda Taro were young Jewish refugees, idealistic and in love. As photographers in the 1930s, they set off to capture their generation's most important struggle – the fight against fascism. Among the first to depict modern warfare, Capa, Taro, and their friend Chim took powerful photographs of the Spanish Civil War that went straight from the action to news magazines. They brought a human face to war with their iconic shots of a loving couple resting, a wary orphan, and, always, more and more refugees – people driven from their homes by bombs, guns, and planes.

Today, our screens are flooded with images from around the world. But Capa and Taro were pioneers, bringing home the crises and dramas of their time – and helping give birth to the idea of bearing witness through technology.

With a cast of characters ranging from Langston Hughes and George Orwell to Pablo Picasso and Ernest Hemingway, and packed with dramatic photos, posters, and cinematic magazine layouts, here is Capa and Taros riveting, tragic, and ultimately inspiring story.

This thoroughly-researched and documented book can be worked into multiple aspects of the common core curriculum.