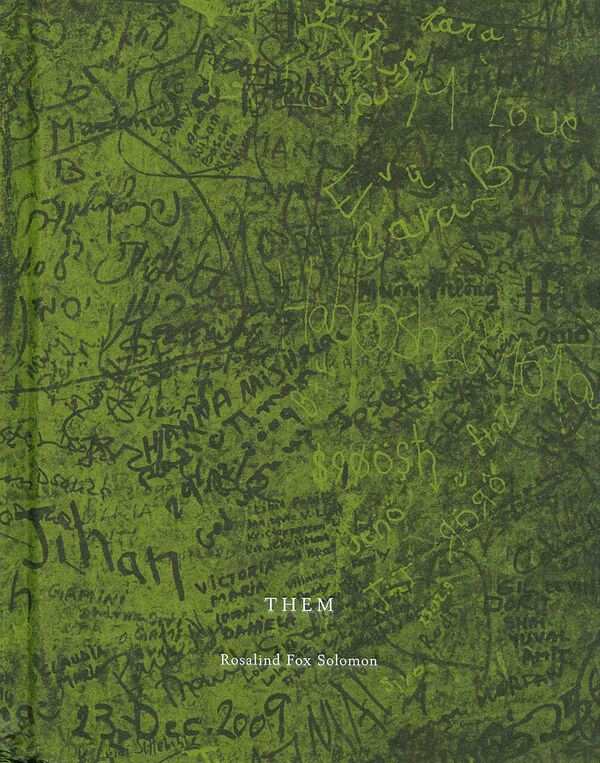 144 Seiten, 16,5 x 21,5 cm , 1121 g.
Rosalind Fox Solomon | MACK Books
Rosalind Fox Solomon – Them
98,00 €
Inkl. MWSt., zzgl. Versandkosten
Lieferzeit: 2 bis 6 Werktage (weltweit)
In den Warenkorb    Auf die Wunschliste
Rosalind Fox Solomon spent five months in Israel and the West Bank during 2010–11, working in Jerusalem, Tel Aviv, Nahariya, Bethlehem and Jenin. Travelling by local bus along with commuter workers, she photographed Jewish teenagers at Purim, Christians at the Church of the Holy Sepulchre, and Ghanaian pilgrims at the Mount of Olives. The photographs contain numerous interwoven narratives, some with particular political charge, such as the casket of Juliano Mer-Khamis, a Palestinian activist of dual descent who established the Freedom Theatre, assassinated during Solomon's visit to the territory.

Her photographs are informed by an acute sensitivity to lives conditioned by race and religion, ethnicity and location. Through a cacophonous image sequence, Solomon articulates the turmoil of her experience of the region, recounting 'I felt the tension. The stress.... I wanted to express the chaos and pressure that was around me'. Punctuating the images are fragments of text – amusing and frightening background conversations, recorded in Solomon's journal; the texts reveal the humanity of each person photographed, a window onto lives conditioned by violence and uncertainty.

Solomon, an American artist based in New York City, is celebrated for her portraits and for her connection to human suffering, ritual, survival and struggle. Her work has been shown in nearly 30 solo exhibitions and 100 group exhibitions, and is in the collections of over 50 museums worldwide.