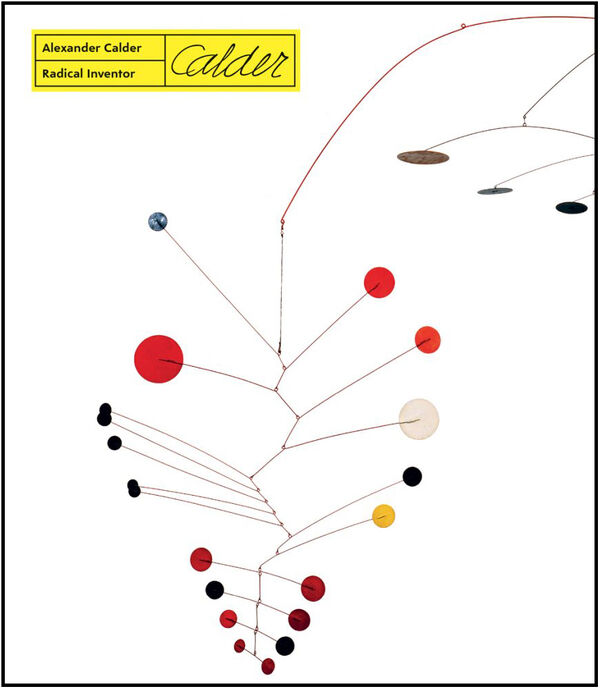 240 Seiten, 24 x 28 cm , 1072 g.
Alexander Calder | 5 Continents
Alexander Calder – Radical Inventor
Statt 48,00 € 19,95 €
Inkl. MWSt., zzgl. Versandkosten
Lieferzeit: 2 bis 6 Werktage (weltweit)
In den Warenkorb    Auf die Wunschliste
Alexander Calder (1898-1976) was a radical inventor: an artist who discarded convention and disrupted hierarchies, overturning the traditional basis of culture while revolutionizing the way people perceive and interact with art. Calder's 'new line' was not simply an evolution of forms and styles. From the start, it was quite clear to all who witnessed him at work that - in his way of drawing attention and gaining notoriety - he was doing something radically new.

This catalogue shows how Calder's work emerged from expectations of change in American popular culture. Calder, who was initially attracted by the structure and functions of the circus, looked for alternative models to triumph over respectability, public decorum, and the ambitions of industry. The catalogue, with twelve essays from major contributors, will examine how Calder, among the first college-trained artists, found techniques and inspiration in many disciplines and their development: technology, engineering, architecture, physics, and astronomy, among others. All these contributed to the development of his wire sculptures, mobiles, and stabiles. More than 100 works and comparative illustrations will guide the reader through this innovative and unique path.