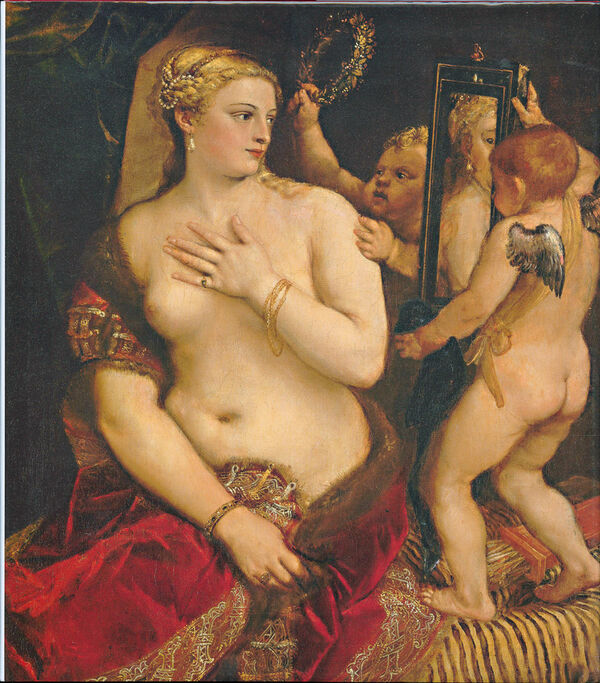 304 Seiten, 25,7 x 29,5 cm , 2068 g.
Titian | Museum of Fine Arts
Titian, Tintoretto, Veronese
Rivals in Renaissance Venice
Statt 59,95 € 29,95 €
Inkl. MWSt., zzgl. Versandkosten
Lieferzeit: 2 bis 6 Werktage (weltweit)
In den Warenkorb    Auf die Wunschliste
For nearly four decades in the sixteenth century, the careers of Venice's three greatest painters--Titan, Tintoretto and Veronese--overlapped, producing mutual influences and bitter rivalries that changed art history. Venice was then among Europe's richest cities, and its plentiful commissions fostered an exceptionally fertile and innovative climate. In it, the three artists--brilliant, ambitious and fiercely competitive--vied with one another for primacy, employing such new media as oil on canvas, with its unique expressive possibilities, and such new approaches as a personal and identifiable signature style. They also pioneered the use of easel painting, a newly portable format that led to unprecedented fame in their lifetimes. With more than 150 stunning examples by the three masters and their contemporaries, this volume elucidates the technical and aesthetic innovations that helped define the uniquely rich Venetian style, as well as the social, political and economic context in which it flourished. Essays range from examinations of seminal new techniques to such crucial institutions as state commissions and the patronage system. Most of all, by concentrating on the lives and careers of Venice's three greatest painters, Titian, Tintoretto, Veronese paints a vibrant human portrait--one brimming with savage rivalry, one-upsmanship, humor and passion.
Weitere Bücher von Titian alle ansehen
Titian and the Renaissance in Venice