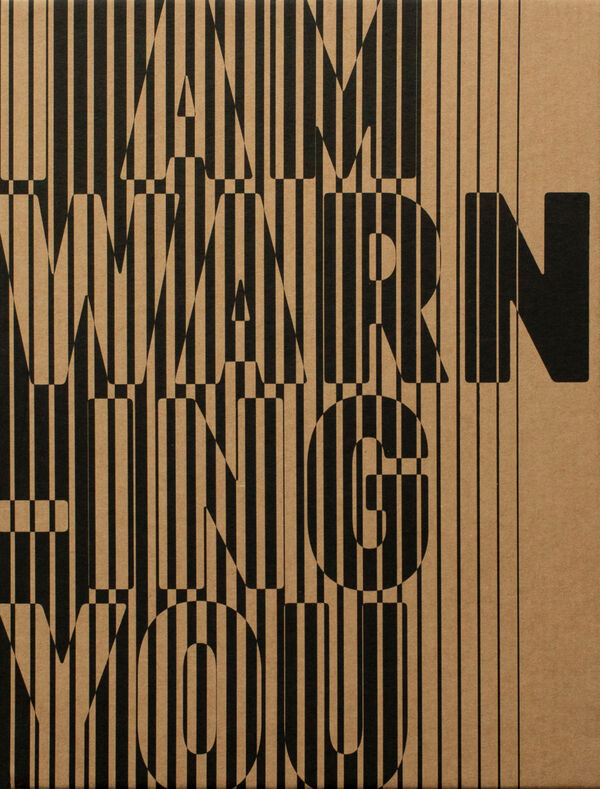 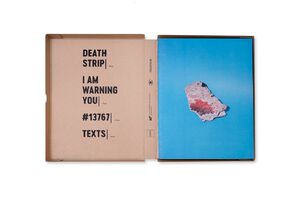 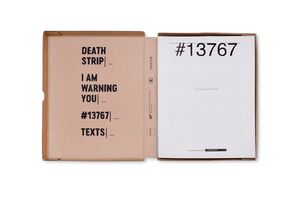 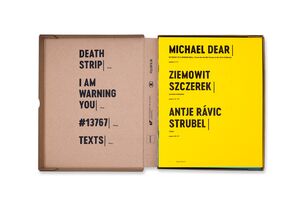 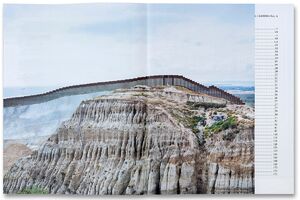 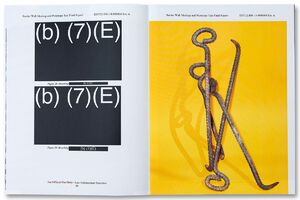 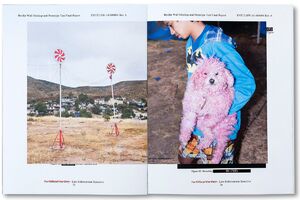 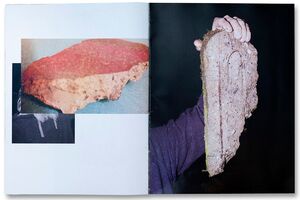 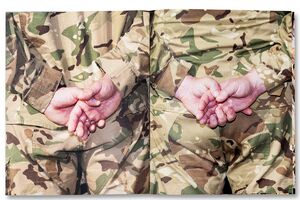 Rafal Milach | GOST Books
Rafal Milach – I Am Warning You
Statt 72,00 € 65,00 €
Inkl. MWSt., zzgl. Versandkosten
Lieferzeit: 2 bis 6 Werktage (weltweit)
In den Warenkorb    Auf die Wunschliste
by Rafal Milach is a book-quadtych dedicated to three different border walls: American-Mexican (, Hungarian-Serbian-Croatian () and the Berlin Wall (). Collectively, alongside a collection of essays, they present an architectural survey dedicated to propaganda and control whilst also collecting experiences—the memories and scars—of the borderland communities. The quadtych represents various physical structures that are degrading from one book to another—from the heavily fortified American wall to the Hungarian electric fence to the traces and memory imprints of the Berlin Wall.

For almost a decade, Milach has been working on a long-term project focusing on the propaganda mechanisms of contemporary corrupt democracies and authoritarian regimes. This triptych is the latest chapter in this project, relevant in a contemporary context of the recent events of the US elections and anniversary of Germany’s re-unification. Despite various geographical locations and the different nature of each wall, the global atmosphere of division and fear fuelled by various power structures is a strong common denominator between them.

The first book, #13767, focusing on the American/ Mexican wall, comprises of censored US border wall mockup and prototype testing reports published in February 2018. Milach has inserted into the report a collection of objects which could potentially be used within prototype testing, intermixed with photographs focusing on the border architecture—its relationship with the landscape and its impact on the local communities living on both sides of the border.
The 500 km border fence built on the Hungarian-Serbian-Croatian border in 2015 by Viktor Orbán’s administration, in response to the immigration crisis, is the focus of I Am Warning You. The title is drawn from an automatic message which is broadcast in several languages ranging from Arabic to English close to the electric fence. The photographs depict the architecture of the border wall from a double layered three-metre-high metal fence with provisional watch towers to concertina wires which cut through farmland, national parks and forest, and sometimes even disappear into rivers.

The memory of the Berlin Wall, which collapsed over thirty years ago is the focus of Death Strip. Milach visited the so-called ‘death strip,’ an area of land between the Eastern and Western side of the wall. As the presence of the wall is now mainly symbolic rather than physical, it is represented in the book by pieces of the wall purchased from the internet.

The fourth book combines essays by Michael Dear on the American-Mexican borderlands; Antje Rávic Strubel —reflecting on contemporary visions of the Berlin Wall; and Ziemowit Szczerek— on the geopolitical history of Hungarian borderlands.