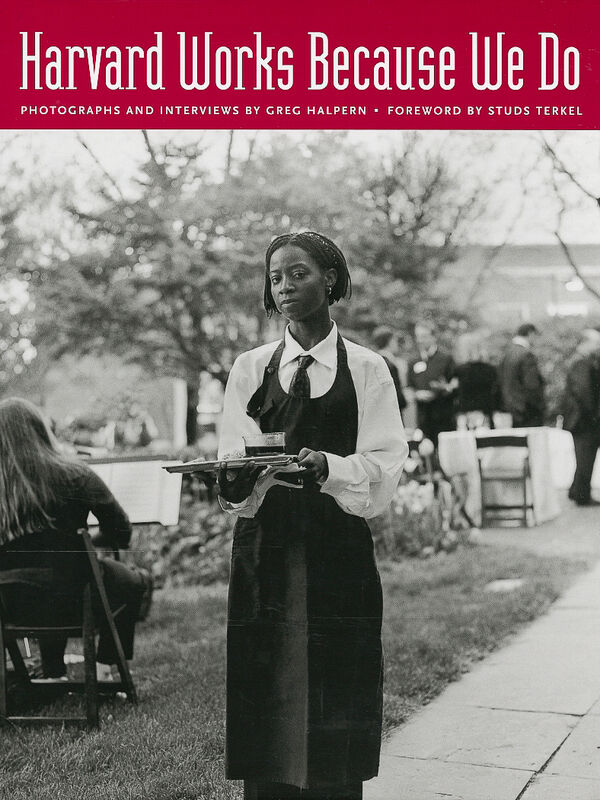 Here is his debut photobook: 'Harvard Works Because We Do'.

Halpern graduated from Harvard in 1999. He then spent three years interviewing and photographing cooks, custodians and other service workers at the University while working for the Harvard Living Wage Campaign. The institution that didn't pay living wages - while collecting $5 million a day in interest on its endowment - had actually lowered the workers' pay in the months leading up to the confrontation between workers and the board, which was hugely covered by national media.

'Harvard Works Because We Do' is political and socially important. Unlike many other photobooks, Halpern makes a strong point for social justice and is anything but neutral (he was active in the protests on campus) as a journalist would try to be.

The personal accounts from the employees about their lives and work are illuminating reminders of the wide disparity of circumstances that exist in this land of plenty. The black-and-white portraits are stunning and hint at future popularity of this talented photographer Gregory Halpern.

Gregory Halpern was born in Buffalo, New York. He holds a BA from Harvard University and an MFA from California College of the Arts. In 2014 he was the recipient of a Guggenheim Fellowship. He currently teaches photography at the Rochester Institute of Technology.