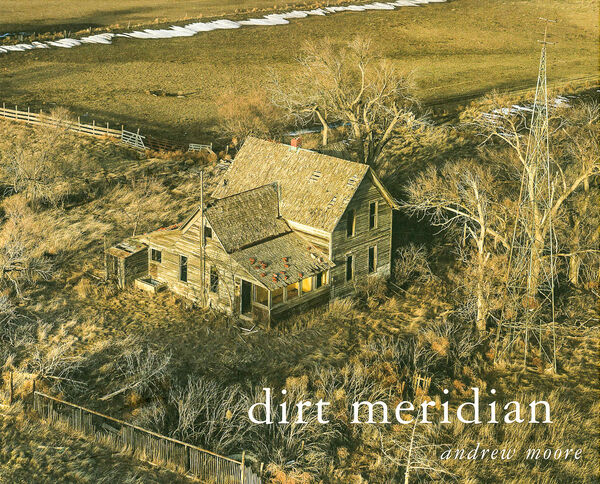 132 Seiten, 35,2 x 27,7 cm , 1598 g.
Andrew Moore | Damiani
Andrew Moore – Dirt Meridian
Statt 45,00 € 15,00 €
Inkl. MWSt., zzgl. Versandkosten
Lieferzeit: 2 bis 6 Werktage (weltweit)
In den Warenkorb    Auf die Wunschliste
In Dirt Meridian, Andrew Moore takes to the air to document the High Plains of North Dakota, South Dakota and Nebraska in a series of stunning, large-format photographs. The "meridian" of the title refers to the 100th meridian, the longitude that neatly bisects the US and has long been considered the dividing line between the East and West. Much of the meridian traverses America's so-called flyover country, those sparsely populated landscapes between the urban centers on either coast. Other parts of the meridian cross contentious zones such as the heavily fracked Bakken formation in North Dakota.

Dirt Meridian interweaves two stories: the myths and history of the vast, severe American High Plains alongside portraits of the people who live there today. Along the way, Moore worked with ranchers, farmers, crop dusters, game wardens, writers and historians to capture the mythology and reality of the High Plains. Many photographs in this book were taken using a specially modified camera in a low-flying plane; the resulting pictures, with their literal bird's-eye view, offer a unique perspective on this quintessential, seemingly boundless American landscape.

American photographer Andrew Moore (born 1957) is widely acclaimed for his photographic series, usually taken over many years, recording the effects of time on the natural and built landscape.