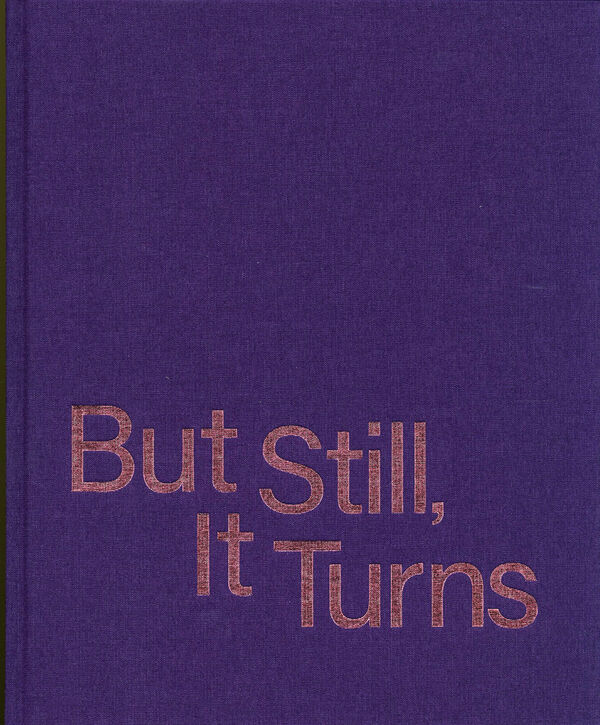 268 Seiten, 23,5 x 28,7 cm , 1400 g.
Paul Graham | MACK Books
Paul Graham – But Still, It Turns
55,00 €
Inkl. MWSt., zzgl. Versandkosten
Lieferzeit: 2 bis 6 Werktage (weltweit)
In den Warenkorb    Auf die Wunschliste
Tell me a story.
In this century, and moment, of mania,
Tell me a story.
Make it a story of great distances, and starlight.
The name of the story will be Time,
But you must not pronounce its name.
Tell me a story of deep delight.
- Robert Penn Warren

With But Still, It Turns, Paul Graham curates a subtle thesis and revitalising manifesto for photography. The dynamic and diverse work gathered here advocates an unashamed, but not uncomplicated, dedication to the brilliant tangle of reality. Without being tempted by the artifice of the studio or the restrictive demands of conventional documentary, these artists tell open-ended stories that shift, warp, and branch, attuned unfailingly to life-as-it-is. Included are Gregory Halpern’s Californian waking dream ZZYZX; Vanessa Winship’s peripatetic exercise in empathy she dances on Jackson; the human assemblages of Curran Hatleberg’s Lost Coast; Stanley Wolukau-Wanambwa’s rich and multitudinous One Wall a Web; the mortality-tinged America of Richard Choi’s What Remains; RaMell Ross’ visionary documentary work South County; the collaborative project Index G by Emanuele Bruti & Piergiorgio Casotti; and Kristine Potter’s disorientating exploration of the American landscape and masculinity in Manifest. All these works are brought together in harmony and enlightening dissonance, as Graham teases out a new photographic form. Its title is the words allegedly murmured by Gallileo after being forced to withdraw his observations of the world; what can be seen here, in Graham’s words, is “all the world’s infinite consanguinity”.