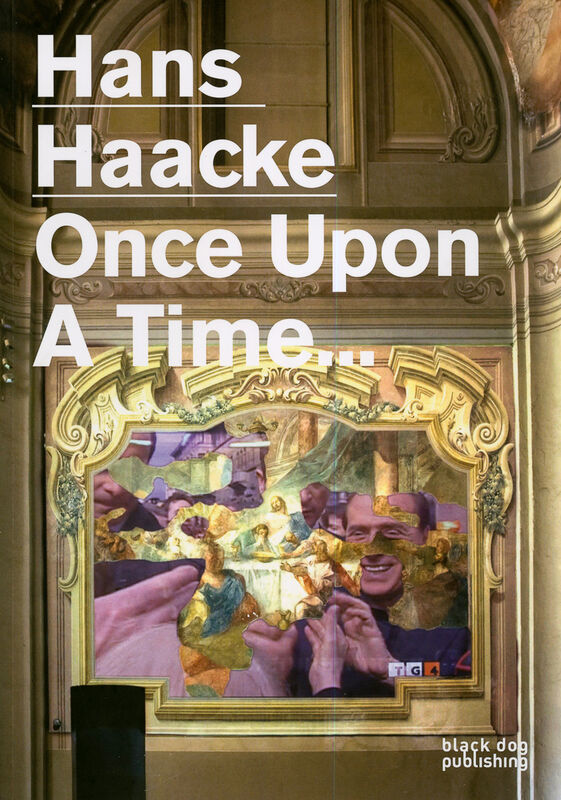 109 Seiten, 17,5 x 25 cm , 436 g.
Hans Haacke | Black Dog Publishing
Hans Haacke – Once Upon a Time...
Statt 18,00 € 8,00 €
Inkl. MWSt., zzgl. Versandkosten
Lieferzeit: 2 bis 6 Werktage (weltweit)
In den Warenkorb    Auf die Wunschliste
This book focuses on Hans Haacke's 2010 site-specific work, Once Upon a Time… in the desacralised church of San Francesco in Como, Italy, alongside the work Hans Haacke completed with students during his course as a visiting professor at the Fondazione Antonio Ratti in 2010.

A new series in collaboration with the Fondazione Antonio Ratti, each book focuses on the contribution of a different artist to the foundation’s summer school programme and its Advanced Course in Visual Arts. Black Dog Publishing starts the series with the internationally acclaimed artists Hans Haacke and Susan Hiller. The books focus on the individual artists and their work, as addressed in and through the course.

Hans Haacke’s work defies easy categorisation. Throughout his career he has explored various media, from sculpture to painting, to installation and, sometimes, the express participation of the public.

For the installation Once Upon a Time…, Haacke projected live five major Italian television channels into gaps in the badly damaged seventeenth-century frescoes adorning the church’s apse. These television programmes were all under Silvio Berlusconi’s control. The artist thus introduced continuously changing glimpses of Italy’s contemporary corporate culture into scenes from the Bible and the life of a saint venerated because of his concern for the poor.

Hans Haacke also exhibited two other works in response to the architecture of San Francesco: Wide White Flow and The Population meets St Francis, a reference to his permanent installation at the Berlin Reichstag. Once Upon a Time… presents the transcript of a talk by Hans Haacke during the summer school, accompanied by an exploration of Berlusconi’s impact on the Italian political and cultural landscape and an essay on St Francis.